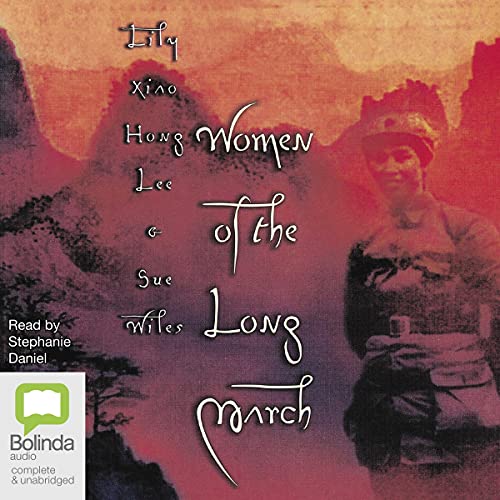 Women of the Long March

The story of the women on China's Long March.

This is the story of the women who took part in the Long March, seen through the biographies of three key players. Lee and Wiles trace the women's stories in three time periods: the Long March itself, a decade later at liberation and then 40 years on. Drawing on published and unpublished sources, including interviews, this is the moving story of one of the great events of 20th-century history.

"The Long March of 1934-35 marks a defining moment in modern Chinese history. Some 85,000 soldiers of the Chinese Communist Red Army marched in a determined retreat from the Nationalists. An indomitable group of 30 women was among them, most of whom gave birth and, heartbreakingly, abandoned their babies on the march. Stephanie Daniel relates the stories of these women with a cool detachment suitable for this scholarly account. Through Daniel's crisp descriptions, the listener begins to understand the motivation for the women's terrible sacrifices and their commitment to the ideal of Communism. Daniel's silky pronunciation of Chinese names and places makes this a model of audiobook success." (AudioFile)

"A fine and moving tribute to the daughters of China's revolution, who endured the appalling deprivations of the legendary Long March." (Yvonne Preston, former China correspondent for The Age)

What listeners say about Women of the Long March