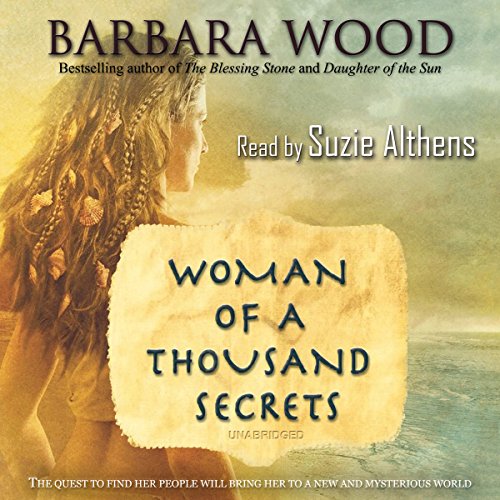 Woman of a Thousand Secrets

Woman of a Thousand Secrets

She came to them from the sea, and to the sea they returned her. A story of sacrifice and survival in the New World.

Tonina lives an idyllic life on a small island in the Caribbean hundreds of years before Europeans discovered it. But she has always been an outsider among her people. Unlike them, Tonina is tall and lean and light skinned, and her origins remain a mystery. Her adoptive parents had found her floating in a basket in the sea - a sacrifice? A shipwreck? No one knows.

When Tonina turns 19, her parents know she must return to the sea so that the gods don't become angry with the village for keeping something that is not theirs. Under the guise of finding a medicinal plant, they send Tonina to the mainland, a terrifying place she can't even imagine. They know, however, that they will never see her again.

And here is where her adventure begins. It is a tale of survival and sacrifice, of luck, magic, intrigue, and danger, romance, and betrayal, an epic filled with ancient lore, tales of bearded white men who sailed to this shore in giant ships, and discoveries of medicinal miracles in faraway places. But most of all, it's the story of one woman's quest to discover where - and to whom - she really belongs.

This sweeping story of the undiscovered world before the time of Columbus is Barbara Wood at her very best.

"In the latest epic from Wood ( Daughter of the Sun), Tonina, a young Mayan-era woman...on tiny Pearl Island (off Cuba), is tall and light skinned, while her people are smaller of stature and dark. When her differences become too much for her fellows to bear, they send her away to the mainland to find her true people. Her quest leads her to the heart of the Mayan empire and to a barbarian ballplayer named Kaan, who desperately wants to be Mayan. When Kaan's wife dies and he goes on a quest to cleanse her soul, he's unwillingly thrown together with Tonina, and the two begin to attract fellow questers as they make their way through Mayapan. Meanwhile, Kaan is being pursued by Mayan prince Balam, who blames Kaan for everything that has gone wrong in his life. As Tonina and Kaan pick up more followers, a new culture begins to emerge. Wood crafts a complex and compelling pre-Columbian world." ( Publishers Weekly)
"Tall and lean and light skinned, Tonina has always been an outsider among the dark, stocky people of Pearl Island. Her parents found her floating on the sea in a basket, and now that she is 21, unmarried, and unlikely to be (considering her differences), they send her on a made-up errand to the mainland, hoping that she will find her people. What she finds is one harrowing adventure after another. Believing that she is seeking a healing red flower, Tonina makes her way to Mayapan, heart of Mayan civilization, and comes under the protection of Kaan, hero of the ball field. She becomes caught up in the intrigue and danger of court life and the object of a twisted vendetta. As Tonina, Kaan, and their strange group of followers make their way to what will one day be Mexico, they find their people and each other. Combining historical places and cultural references with a little magic and a lot of romance, Wood creates an interesting look at the founding of the Aztec nation." ( Booklist)

Recommend Author, but not this one