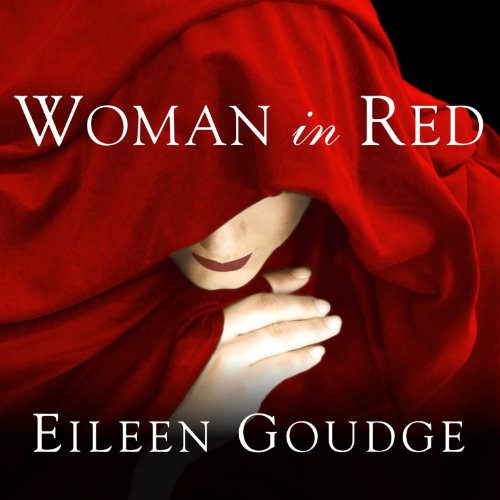 By: Eileen Goudge
Narrated by: Susan Ericksen
Free with a 30-day trial

Alice Kessler spent nine years in prison for the attempted murder of the drunk driver who killed her son. Now she has returned home to Gray's Island to reconnect with the son she left behind. Her boy, Jeremy, now a sullen teenager, is wrongly accused of rape, and mother and son are thrown together in a desperate attempt to prove his innocence.

Alice is aided by Colin McGinty, a recovering alcoholic and 9/11 widower, also recently returned to the island in the aftermath of his grandfather's death. Colin's grandfather, a famous artist, is best known for his haunting portrait, Woman in Red, which happens to be of Alice's grandmother.

In a tale that weaves the past with the present, we come to know the story behind the portrait, of the forbidden wartime romance between William McGinty and Eleanor Styles, and the deadly secret that bound them more tightly than even their love for each other. It's a secret that, more than half a century later, is about to be unburied, as Alice and Colin are drawn into a fragile romance of their own and the ghost of an enemy from long ago surfaces in the form of his grandson, the very man responsible for sending Alice to prison.

"Eileen Goudge writes like a house on fire, creating characters you come to love and hate to leave." (Nora Roberts)
"Eileen Goudge has crafted a beautiful tale of loss, redemption, and hope. Woman in Red is a masterpiece." (Barbara Delinsky)

What listeners say about Woman in Red

I enjoyed this book immensely. The two main characters were well thought out and life like. The reader was pretty good. I enjoyed the ending and felt the story came full circle.

I didn't get it

Until the last page I was prepared to give this book 4.5 stars. The narrator (excellent) got a few of the words wrong and her version of the name "Eleanor" was a bit different from what I have known. But those are like typos. No big deal. The BIG deal was the ending. I didn't get it at all. If any of you can clarify for me, please email me. HELP! What did I miss? Did I skip a chapter, or fall asleep for 5 minutes while the story was playing? Is there a sequel???

This was the perfect blend of drama, romance and a great story of redemption! I highly recommend!

Great author. Love the way she writes and the story was told in such a way that you were there with them every step of the way. Wonderful narrator.

A rich and wonderfully told story. I am going to look for more by this author.

Started out OK, but towards the end I couldn't wait for it to end!