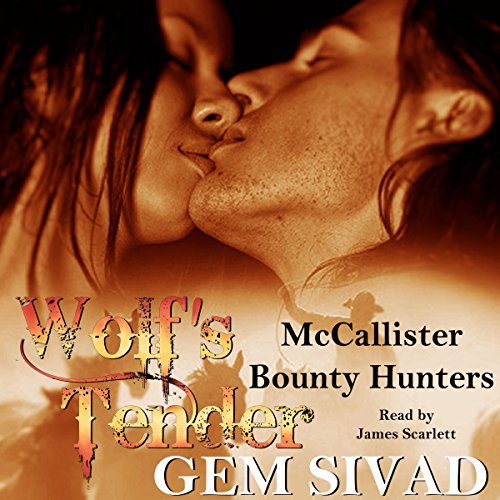 When one straight-laced spinster tenders her body to one cynical sometimes savage, the unexpected bounty is love.

Miss Naomi Parker, deportment instructor at the Sparrow Creek Young Ladies Academy, can't forgive herself for hiding during an outlaw attack. When the local sheriff refuses to pursue the gang of renegades who kidnapped her students, she decides to rescue the girls herself. But, she needs the help of the best tracker in the territory: half-Kiowa bounty hunter Charlie Wolf McCallister.

Before he goes out on another bounty hunt, Charlie wants a long soak in a hot bath, a bottle of whiskey, and the pleasure of a woman's company. He has two out of three when a school marm with cornflower-blue eyes invades his privacy.

After Charlie makes it clear he only works for pay, Miss Parker offers him one night of sexual favors in exchange for his tracking services. Though he knows bedding a white woman will cause all kinds of trouble, he operates on the philosophy that a bird in hand is better than no bird at all.

After they've sealed their bargain, Charlie tries to leave Naomi safely behind. But the opinionated teacher insists on accompanying him. She's impatient with his decisions, questions his authority, and generally ignores his warnings. But each time they make love, Naomi captures another piece of Charlie Wolf's heart.

The plot had potential but could have been better written. Didnt tie up lose ends.

Couldn't finish listening. This is one of my long time favorite books but the repetitive and lackluster tone of the narrator ruined it for me. No life, no excitement, no emotion at all and very up and down and up and down over and over. Too bad - love this book and would have loved listening to it.