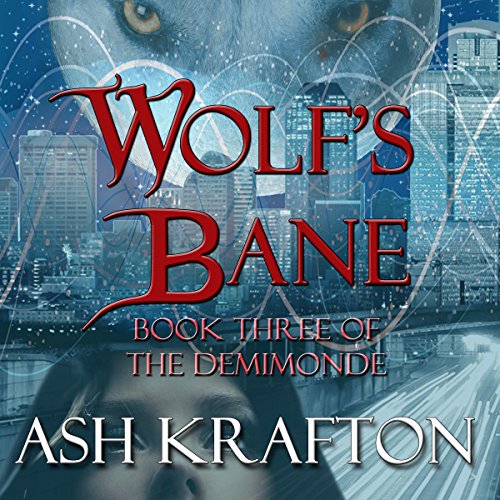 By: Ash Krafton
Narrated by: Kelly Pruner
Try for $0.00

Since becoming oracle to the demivampire two years ago, advice columnist Sophie has battled werewolves and survived a vampire attack (or two). However, not only was she powerless to save her lover Marek when he slipped to the brink of evolution, she also witnessed his transformation into a falcon, the symbol of Horus United.

Sophie's quest to save Marek is further complicated when rock star Dierk Adeluf, who also happens to be the king of the Werekind, invites her backstage after a concert. Just when it seems she will find respite from heartache, Sophie is bitten by a werewolf and Dierk decides she is destined to be his queen.

Sophie is caught between the demivamps she loves and the Were who commands her to love him. Throw in his jealous wanna-be girlfriend - a true bitch if ever there was one - and an ambush by witches, and there you have the big mess that Sophie calls her life. And, hello? Her soul mate is still a bird.

What listeners say about Wolf's Bane

First, props to narrator Kelly Pruner who did a marvelous job over the series.

The last book in this series wraps up Sophie's journey with Marek Thurzo and his family along with her own involvement and the roll in their world that she fights to understand. Throw in a hot king of the Werekind and.... Just wow! 👍

Again, I hope more people will listen to this series. Ash Krafton is a wonderful writer and has created an unique take on vampires and their world.