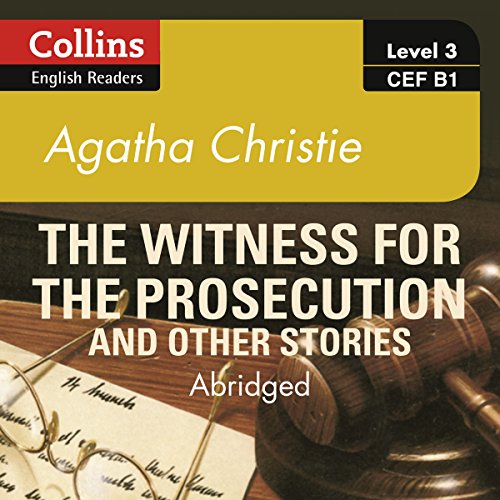 Witness for the Prosecution and Other Stories

Witness for the Prosecution and Other Stories

Agatha Christie is the most widely published author of all time and in any language. Now Collins has adapted her famous detective novels for English language learners. These carefully abridged versions are shorter with the language targeted at learners of English.

When a rich lady is murdered, there is one obvious suspect. Even his wife says he is guilty - but then his lawyer discovers evidence that brings everything into question. Is anyone telling the truth?

Accompanied by three other short stories: 'The Rajah's Emerald', 'Philomel Cottage' and 'The Actress'.

Witness for the Prosecution is soon to be released as a major motion picture starring Ben Affleck.