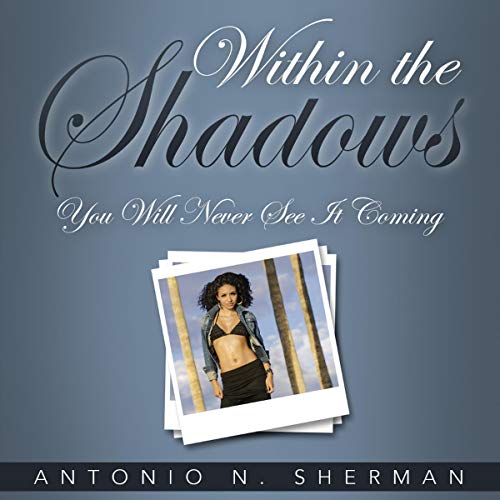 By: Antonio Sherman
Narrated by: Ashlyn Gracin
Try for $0.00

The question is always asked. "How deep is your love?" But in all essence, the question should be,"How deep is your trust?". From the beginning the warning went out stating to, "Trust not thy neighbor", then to "Kill with a kiss", which leads up to ,"The last escort", which finally revealing what has been hidden, "Within the shadows."

Tawanna Silica, who was desired by all and feared by just as many. She having a selfless heart that was wrap perfectly in a golden pacific island tone package being from Fire Island, had been once pushed to the edge, but had found peace. But now was ask once again to come help shed light into the darkness in which she had rid herself of, having now putting the "Pantha," to rest." Pantha, a name that is still feared in secrecy and dared not be awaken for when a Pantha strikes, it's relentless! Keep watch for what's really hidden within the shadows for if you don't you will never see it coming!

What listeners say about Within the Shadows

Wow, that was a awesome journey!

Loved, the way the story was told,as we were taken back and forth between timeline revealing what was hidden in the shadows. Have hopes of one more to be birth out of the Trust not thy neighbor series. The narration was great.