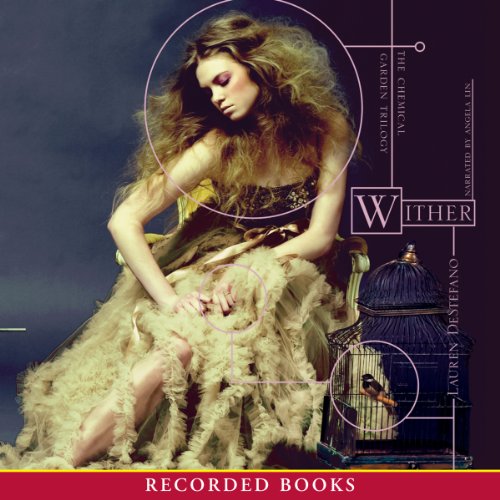 By: Lauren DeStefano
Narrated by: Angela Lin
Try for $0.00

Lauren DeStefano makes a stellar debut with this chilling tale. The first installment of a planned trilogy, Wither introduces listeners to a bleak world where a mysterious disease kills most women by the age of 20 and men by the age of 25. Like many girls her age, 16-year-old Rhine has been captured and forced into marriage in an effort to keep the population growing. But, despite her new husband’s wealth, she wants nothing more than to escape her servitude and return home before time runs out.

Featured Article: 60+ Nature Quotes to Inspire and Motivate You


From the Andes Mountains to Monument Valley, from Niagara Falls to Kilauea, nature is truly awe-inspiring. Beyond natural marvels, ecosystems on Earth are so vast and varied. Nature’s beauty and wonder are literally everywhere, waiting to delight and uplift us. Countless storytellers over the years have examined the endless beauty of the great outdoors. We’ve assembled some of our favorite quotes about nature to motivate and inspire you.

What listeners say about Wither

I was pulled into the dystopian world and enjoyed the premise of a future where all ailments are cured only to create a new generation consistently eradicated by an uncurable disease. The two worlds of Rhine are captivating and the surrounding characters are well written. There are discrepancies with the plot and Rhine is almost too withdrawn to a fault; you never really connect w/her or feel her desire for her love interest(s).

Would you recommend Wither to your friends? Why or why not?

Yes. Didn't love the story, but did enjoy it; especially the narrator. I felt she embodied the tricky combination of sounding wise, mature, smart, and young. This author paints a bold picture and just needs to inject more emotion and connection scenes. But, still enjoyed this YA entry more than the Twilight copycat authors.

Although I enjoy the Gabriel/Rhine storyline more, I liked the scene where Rhine and Linden go to the party and have a little too much to drink. It's the only time where I felt she was uninhibited and able to connect to Linden.

Was Wither worth the listening time?

I think there is potential for this author but...

While the subject of the story intrigued me, listening to it I felt like a voyeur. I felt like I was gawking at a car accident. I was looking for a good science fiction yarn, but this was a poorly written teen romance in a flimsy disguise.
I think the narrator did a respectable job voicing a vapid protagonist, but I enjoyed her work best on some of the secondary characters. That being said, the style that she used for the protagonist fit the character to a tee.
Rhine, the central character who tells the story, has a lot of very tough choices to make. The dilemmas are thought provoking but the heroine's decision-making can be painful to endure at times. There is good depth to her character, I feel, and although I was rooting for her I found myself wishing she was a stronger person and felt let down by her. She is very much in line with Bella from the Twilight series or a weak character in an Edwardian romance. If that was the author's intent - she succeeded admirably. The secondary character were more clear in their convictions and intents and in some ways more enjoyable for those reasons.
The story itself, however, requires a HUGE suspension of disbelief; it is just not a sustainable premise. For a lover of science fiction, it could be infuriating at times. I couldn't see any way the society the author described could have existed. The idea that women live only until age 20 and men only until 25, that America is the only existing populated place left, and yet cars still run, swanky parties still occur in fancy bars, rich people still have limousines, and 20 year old men are architects selling building designs was too much for me to swallow.
I think, though, that a lot of this can be forgiven if the author is young and this is her first published work. Most of the really awkward parts of the story seem to suggest lack of experience on the part of the author. She may grow to be a better writer if she sticks to subjects she know more about. But, my biggest issue by far: who edited this?!?!?! Some of the phrases are extremely awkward but could be so simply re-written for clarity, flow and style. Not to mention the glaring errors in fact. At one point the main character relates how she read in an encyclopedia that Christopher Columbus proved the earth was round by sailing around the world in the Nina, Pinta and Santa Maria!!!
Maybe this heroine is just not my cup of tea. I like independent, strong-willed characters like Terry Pratchett's Tiffany Aching in the Wee Free Men series and Daphne in Nation, Derek Landy's Stephanie/Valkyrie from the Scullduggery Bones series, Jasper Fforde's Thursday Next (although not in the audio book version), Scott Westerfeld's Deryn Sharp from the Leviathan series and even Jane Eyre, herself (for a romance comparison). I did finish the book, and would be interested to know what happens, but I won't be paying for the other books and doubt I'd even get them from the library.

I read this book when I was in high school and I loved it. So I decided to listen to it on audible to see if it was exactly how I remembered and I’m definitely going to read the rest of the series.

I actually read this book when I was still in high school and I loved it then. Now I listen to it on my way to work. I really enjoyed the narration. I feel like my biggest issues with audio books is that the narrator of first person books doesn't always fit. This is the voice I needed for the Hunger Games series.

"Struggled to finish?" is putting it mildly. This book was tantamount to torture...and I almost didn't finish it. My optimistic nature kept me plugging away listening hoping that it would somehow reveal a surprise depth in the story. Alas, no, between the drab, sluggish performance of the reader and the drab, sluggish writing itself I was strung along with no revealing redemption in the story. it was just plain boring.

This book is very interesting. The story line is different than any other I have read before. There were times where I would get lost in the dialog but for the most part, my attention was completely captivated by the story and narration. Some of the matter was a little uncomfortable but that is what makes a book a good book. I would recommend to anyone.

What other book might you compare Wither to and why?

I can't even . Compare because this story is so unique.

The development of the relationship between the sisters.

If you could sum up Wither in three words, what would they be?

What was one of the most memorable moments of Wither?

Really the whole book was. I listened to it in 3 sittings of 5 hours, 50 min, and 4 and a half hours. I couldn't get enough since it flowed extremely well.

I got a laugh when Ryne had to dance with a short, orange haired, chubby, pale and freckle faced man! And that man beautiful got to dance with her husband, which lit up the lucky girl for the night.

I like how the sister wives all help each other and look out for one another.

This book had a very small vocabulary compared to the previous book I came from (The Plede). However it flowed so much easier and smoother. The author made me want to listen to the book all at once. It was an easy and enjoyable read and I strongly recommend it!

I was intrigued by the cover of this one, and I didn't want to know too much about it before I listened.

I am, admittedly, all over the map on this one. The beginning did pull me in... I loved hearing about the sister wives---and the wedding--and the people who worked around the house. And I was excited to see where this was going. A society where men stealing women to marry them in the multiples in the hopes that they will be able to continue the family line… with only the hope of living at the most 25 years? Horrific, yes? Realistic?

I felt like I spent so much time listening to Rhine “think”… that I truthfully can not tell you why she is made head wife? How did she captured her husband’s heart? I wanted to find her irresistibly charming---as everyone seemed to but I couldn’t. She talked of manipulating---but I think she only really did one time.

Simply put, when the end came---I felt unsatisfied: With the romance and with the world building.

An interesting question in my mind now is how much of what I think about Rhine is based on the way she is presented to me by Angela Lin? Ummm… maybe the presentation of the other characters could have been a little better----but, ultimately I am let down by the story.

Bottom line: I am an audible addict---and I did not download the Sequel--nor do I plan to…maybe that shows where I really land.

Would you consider the audio edition of Wither to be better than the print version?

What aspect of Angela Lin’s performance would you have changed?

Though she did a fantastic job changing her voice for the characters, particularly Cecilie, I found her general breathless style of reading to be quite distracting. Even simple descriptions were read with a sort of pained, drawn-out cadence that wasn't necessary.

Overall, it wasn't terrible. I did listen to her read all three books, after all.

Easy read, engaging and entertaining. I will highly recommend to young and old. Great book.