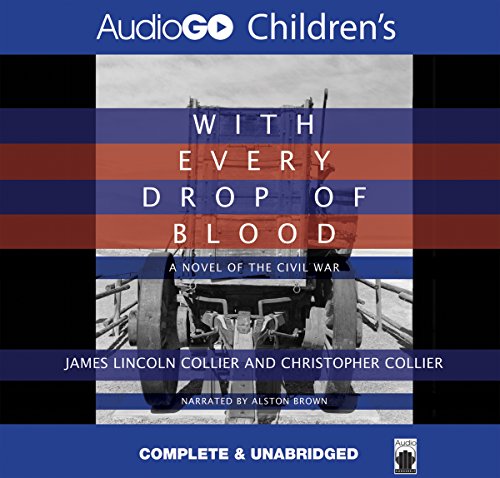 With Every Drop of Blood

By: James Collier,Christopher Collier
Narrated by: Alston Brown
Try for $0.00

A vivid portrayal of the Civil War, and a look at the reasons behind the conflict. Johnny Heller, 14, convinces his mother to let him join a wagon train carrying food to Confederate soldiers. Along the way he’s captured by Blue Coats, and a black Union soldier insists that Johnny teach him to read. Brought up to believe that black people are inferior, Johnny deliberately tricks him. But as they get to know each other an uneasy alliance develops, followed by a friendship that surprises them both.

What listeners say about With Every Drop of Blood

I love novels about the Civil War. The books i usually read are 20 hours or more but when I saw this short one from audible I thought I’ll give it a try. I was not disappointed.