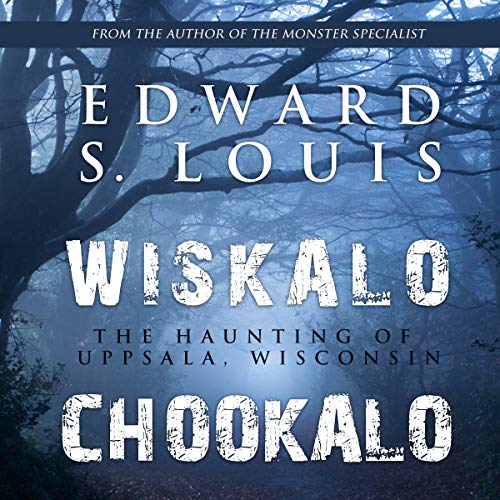 By: Edward S Louis
Narrated by: Doug Greene
Try for $0.00

Hank Peck, a World War I veteran now hoboing and looking for work during the Great Depression, makes an unfortunate choice when he hops off the Milwaukee Railroad just outside Uppsala, Wisconsin. Unknowingly, he has landed himself in the midst of a ghost story: the Uppsalans have violently expelled earlier settlers from their town, and a deadly, vengeful spirit has terrified them ever since.

Rather than welcome a traveler in need, the townspeople threaten Hank and drive him away. But something he has yet to understand scratches at Hank's spirit and urges him to stay to see them through the haunting and bring it to an end.

He meets two new friends, sister and brother Polly Cooper and Daniel Cornelius Oneidas, who own a farm outside of Uppsala, and they decide to help Hank find a way to expel the ghost. Teamwork, composure, and resolve may succeed where strength alone cannot.

Wiskalo Chookalo recreates a world of the American past in a Midwestern story of suffering, friendship, courage, compassion, forgiveness, and self-sacrifice: values that got Americas through an age of privation, loss, and spiritual doubt. Not all ghosts haunt mysterious passageways in ancient castles, and not all heroes achieve their quests on battlefields: spiritual power may win out where physical skills alone cannot.

What listeners say about Wiskalo Chookalo: The Haunting of Uppsala, Wisconsin

An exceptionally well written book about a restless spirit in a small midwestern town. Slightly horror, it’s closer to a thriller.
The reverie starts immediately with the second chapter, after a brief introduction between the first character we meet and Hank Peck.
The language used in dialogue is modern, so anyone can easily follow. The dialogue also seemed out of era and out of taste. Mentality of the soldiers in World War I had never been referred to ‘making a man out of a boy’ etc. or that most Americans felt we shouldn’t have fought it. Which was untrue. Germany had attacked, sanked, and in turn killed hundreds of Americans on US merchant ships or liners. Tad too many war stories seened more for filler than adding value to the story
Some of the main characters bragged about going to college and their majors. In this time period, college was not for the elite nor was it notoriously expensive, save the Ivy Leagues. It was often frowned down upon; the general consensus was everyone should work, not go to school. I felt research in this era was skimpy which drastically lost credibility of a “historical fiction”.
This would have been a better sell as an American steampunk folklore, which would give the author more creative licensing.
Hank Peck comes across as a likable, relatable Average Joe hero. It was a very quick and captivating listen.
Doug Greene was an added bonus as a narrator. The voices, ironically were mostly undistinguished/nearly similar, yet, his mastery with the delivery (and storytelling) made it easy to know who was talking.
The characters are unique. I liked them. I felt like I knew them.

Highly recommended for anyone to pick up for a spooky story. No S,V, L.