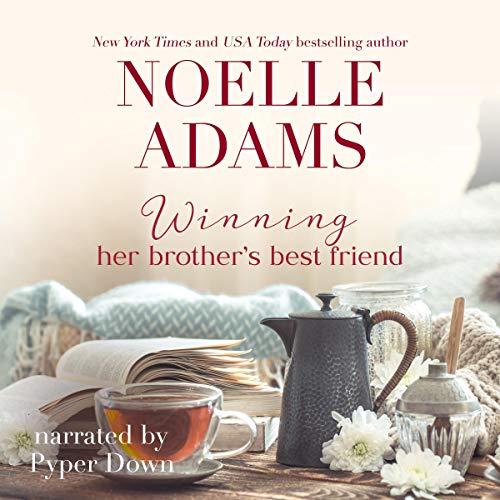 By: Noelle Adams
Narrated by: Pyper Down
Try for $0.00

Ginny Hart loves men. And she loves dating. She just doesn't want a serious relationship. She's tried it before - with her brother's best friend, Ryan - and it's clear she's not cut out for it. So she'll keep having fun and focusing on the new tea shop she recently opened with her best friend.

That's all she needs in her life.

She definitely doesn't need Ryan, who is always hanging around and has turned into a real player. When he challenges her to prove which of them is more popular with the opposite sex, she takes him up on the bet. One month. Four Saturday nights. She'll show him she's not still holding on to old feelings. It doesn't matter if she can't seem to keep her hands off him.

She's not about to let him win.

15 years ago, three girls were thrown together because their brothers were best friends. Now they're all grown up, and their brothers are grown up too. The Tea for Two series tells their stories.

What listeners say about Winning Her Brother's Best Friend