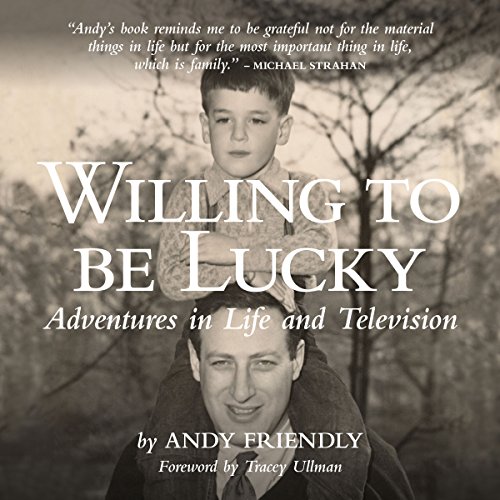 Willing to Be Lucky

Willing to Be Lucky

Emmy-nominated television producer and executive Andy Friendly takes listeners behind the scenes of the TV and movie business, beginning with his iconic father Fred Friendly's pioneering work in television news with the legendary Edward R. Murrow, through the extraordinary film and television career of his wife, Golden Globe-winning actress Pat Crowley, as well as Andy's own dramatic and at times hilarious adventures working with many of the most talented names in the business: from Richard Pryor, George Clooney, Jimmy Cagney, and Paul McCartney to news and talk legends Tom Snyder, Tim Russert, Dan Rather, Oprah Winfrey, and Vin Scully, among dozens of other top stars.

Along the way he shares moving stories of family and friendship, with unique strategies for surviving and prospering in the rough-and tumble world of film and television.