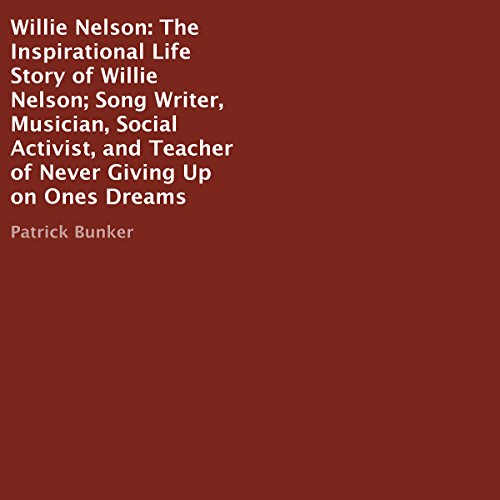 By: Patrick Bunker
Narrated by: Joel Baker
Try for $0.00

Many people have no idea how hard life was at times for Willie Nelson as a poor farm boy growing up in rural Texas during the Depression of the 30s, being raised by his grandparents because his mother and father had insatiable wanderlust. Unlike many other successful celebrities, Willie Nelson gives a no-holds-barred account of his life. In his frankly spoken, country way, he relates his experiences in a refreshingly honest way. Through the listening of his story, you can almost feel as though he is there with you. Loads of things might surprise you when you hear this book. Not having much of an idea of Willie's background, you might also be surprised to discover how many hits he wrote for other people - massive number one hits which are still with us today - "Crazy" by Patsy Cline for instance. One other refreshing aspect of Willie Nelson lies in his unflinching honesty. Here is a preview of what you'll learn:

What listeners say about Willie Nelson: The Inspirational Life Story