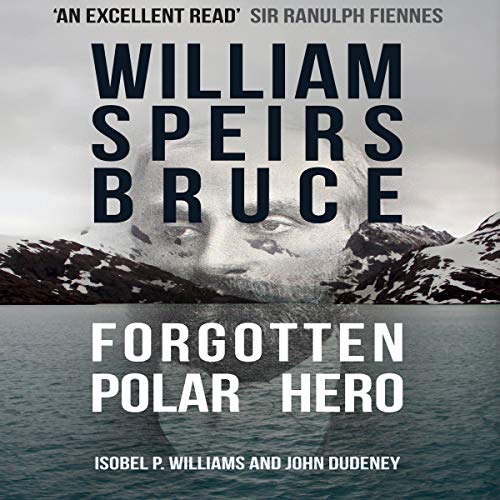 William Speirs Bruce was a Scottish nationalist and naturalist who led the Scottish National Antarctic Expedition (1902-04). He also participated in or led many other polar expeditions from 1892 through 1919, particularly to Spitsbergen. But he is now largely forgotten, compared to other explorers like Shackleton, Scott, and Amundsen.

Bruce made discoveries that are recognized today. Under the banner of Scotland (S.N.A.E.), he brought a team of experienced scientists together, who contributed significantly to the knowledge of the Polar Regions. During the expedition of 1902 to the Antarctic in Scotia, he discovered new land bordering the Weddell Sea, made an unrivaled number of meteorological and oceanographic records, and built a meteorological station in the South Orkney Islands that still operates today. In addition to these, he explored and charted the Arctic islands and linked up with scientists in Europe and South America to make a model for international collaboration and advancement of knowledge. His contribution to science, particularly oceanography, made highly significant advances in the dangerous oceans around Antarctica that are only now being equaled.

His scientific achievements were probably greater and more lasting than any of his contemporaries'.

Bruce has never been as famous as Scott, Shackleton or Amundsen, and he certainly is not a very likeable character either, which I guess is part of his "charm", but his accomplishments in both the Arctic and Antarctic are enormous, and live on to this day. It's a fascinating story of a man driven to succeed, without the personality traits needed to be a true Polar hero.

Another great audiobook by Dennis Kleinman. Dennis could become the voice of all Polar books!

I highly recommend this audiobook.