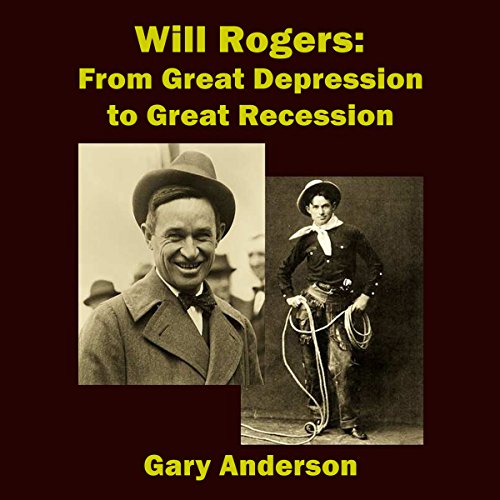 Will Rogers: From Great Depression to Great Recession

The casino was alive and well in Will Roger's time. It was called Wall Street then as well. But mainstream media allowed for the total exposure of the criminal greed of the Street. Bankers were determined not to allow that mistake to rain on their next financial orgy, so that Will Rogers would have had no voice in the days of the ponzi housing bubble and subsequent crash. Things are different now, and mainstreet is even more vulnerable than in the roaring twenties. As a 10th grade dropout, the most powerful pundit of his time saw through the behavior of predatory bankers. And he had the forum with which to warn the nation. In the Great Depression and the times leading up to it, there was a mainstream voice for the people. In the days leading up to our ponzi housing bubble and even after the crash, there is no such powerful journalist. Don't be deceived, Will Rogers would have figured out the current banker schemes just as effectively as he figured out the schemes and scams of his time.

Until the mainstream press adopts the powerful words of Will Rogers, you know that the financial powers that be remain in firm control. Until you see words like Will Roger's quotes about banks on your major TV and news publications, you know that your democracy has been taken from you. You can be sure that bad bank behavior will still be with us, with schemes and scams certain to find an evil place for most households in America.

It is the author's opinion that the most important service for his country was for Will Rogers, a man of such influence, to take on the banks boldly and advocate for the poor and the disenfranchised. He did this from a conviction that the banks were the cause of the Great Depression. We are not listening to this great man today, and that will enable the bankers to repeat the immoral behavior they have initiated against the people.

What listeners say about Will Rogers: From Great Depression to Great Recession

What disappointed you about Will Rogers: From Great Depression to Great Recession?

This was just a rambling of nonsennse.

What could Gary Anderson have done to make this a more enjoyable book for you?

To never have recorded it!

A waste of time.