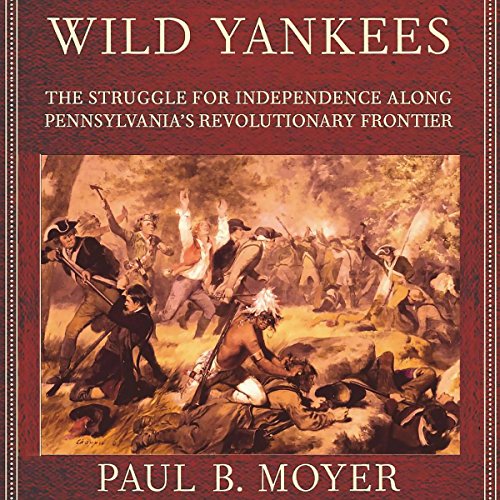 Northeast Pennsylvania's Wyoming Valley was truly a dark and bloody ground, the site of murders, massacres, and pitched battles. The valley's turbulent history was the product of a bitter contest over property and power known as the Wyoming controversy. This dispute, which raged between the mid-18th and early 19th centuries, intersected with conflicts between whites and native peoples over land, a jurisdictional contest between Pennsylvania and Connecticut, violent contention over property among settlers and land speculators, and the social tumult of the American Revolution.

In Wild Yankees, Paul B. Moyer argues that a struggle for personal independence waged by thousands of ordinary settlers lay at the root of conflict in northeast Pennsylvania and across the revolutionary-era frontier. The concept and pursuit of independence was not limited to actual war or high politics; it also resonated with ordinary people, such as the Wild Yankees. It drew settlers into contention with native peoples, wealthy speculators, governments, and each other over land, the shape of America's postindependence social order, and the meaning of the Revolution.

"An important contribution to the literature of the American Revolution in Pennsylvania, and it is a volume that anyone interested in frontier settlement, ethnic conflict, and Pennsylvania history should read." ( Pennsylvania History)
"Moyer can hold his head high." ( American Historical Review)
"With vivid descriptions of the various levels of the conflict, the author shows that the Wyoming controversy illuminates the process of settlement, the daily lives of settlers, and agrarian unrest along the early American frontier." ( Pennsylvania Heritage)

What listeners say about Wild Yankees

Living in Northeast PA, I was very interested in this book. However within five minutes I couldn't stand the staccato reading. I tried getting through a few chapters but finally had to stop. This is a book, not a set of instructions. The over emphasis on the word "and" is like fingernails on a chalkboard. I will be seeking a refund for this book.

Well written and researched book. Touches on a part of American History I did not know much about.