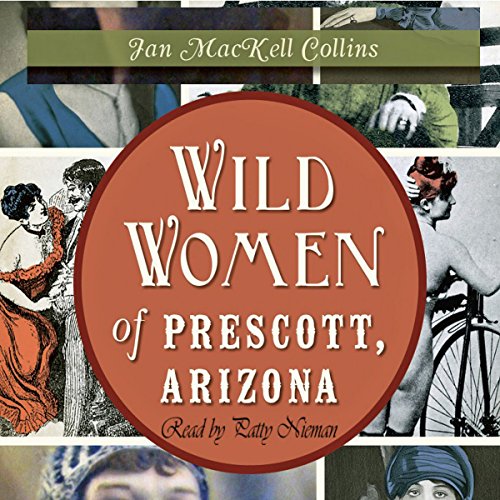 Arizona remained a raw, rather uncivilized territory before it became one of the last states to enter the Union. Few towns exemplify this more than Prescott. Untamed land lured those who saw an opportunity to prosper, including a number of shady ladies. A staple of any Western town, these wanton women were independent, hearty individuals eager to unpack their petticoats and set up shop.

Within six years of establishment, at least five prostitutes operated in Prescott. As their clientele grew, so did their influence. Mollie Sheppard, Lida Winchell, Gabriell Dollie, and many more women were integral forces on the city that should not be forgotten. From Granite Street to Whiskey Row, Prescott's painted ladies established an ever-expanding red-light district halted only by Arizona's admission to the Union in 1912.

I liked the book; it was educational and provides context for the early West.

I wish the author had not been so prolific with her synonyms for prostitute; it was distracting to have a different synonym in every sentence. I think it would have been respectful to the subjects if they had been referred to as "women" much more often, rather than always inserting "soiled doves" or the sanctimonious "fallen women".

Wish it would have delved into more personal stories about the woman and what's with the term,"negress"?