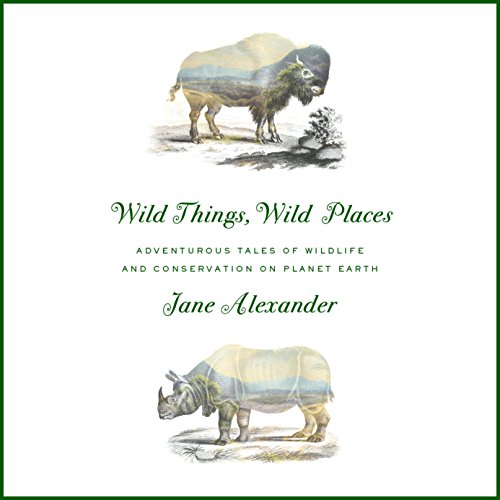 A moving, inspiring, personal look at the vastly changing world of wildlife on planet earth as a result of human incursion, and the crucial work of animal and bird preservation across the globe being done by scientists, field biologists, zoologists, environmentalists, and conservationists. From a longtime, much-admired activist, impassioned wildlife proponent and conservationist, former chairperson of the National Endowment for the Arts, four time Academy Award nominee, and Tony Award and two-time Emmy Award-winning actress.

In Wild Things, Wild Places, Jane Alexander movingly, with a clear eye and a knowing, keen grasp of the issues and on what is being done in conservation and the worlds of science to help the planet's most endangered species to stay alive and thrive, writes of her steady and fervent immersion into the worlds of wildlife conservation, of her coming to know the scientists throughout the world - to her, the prophets in the wilderness - who are steeped in this work, of her travels with them - and on her own - to the most remote and forbidding areas of the world as they try to save many species, including ourselves.

"Veteran actress Alexander's latest offering is an impassioned if measured narrative of her explorations of little-known corners of the Earth with an eye toward celebration and conservation." (Publishers Weekly)