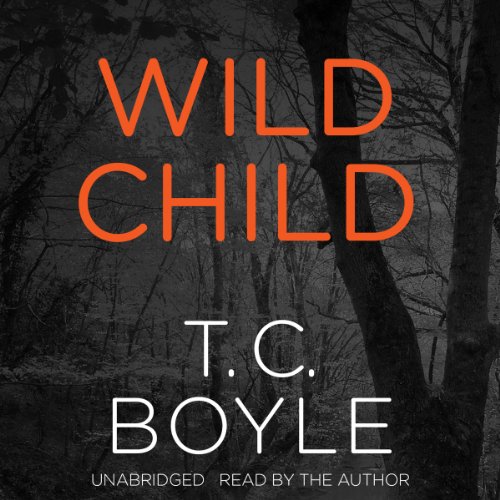 This is the title story from the collection Wild Child and was originally published in McSweeney's.

It is at the end of the eighteenth century, in the new French Republic, when the savage is first seen outside the village of Lacaune. The boy quickly becomes a legend among the townsfolk. Is he truly a human child or a wild beast?

"Wild Child" is based on the story of Victor of Aveyron, the feral child brought from the French wilderness to Paris in an attempt to civilize him. It is the story of a boy who, at the tender age of five, had his throat slit in the forest and was left for dead. It follows him from his capture by the villagers of Lacaune to his lessons with Jean-Marc Gaspard Itard, a doctor specializing in teaching the deaf and mute.

What listeners say about Wild Child

account of the historical story of the Wild Boy Of Aveyron!... Back in the late 1990's when I was moonlighting from my job as college English instructor to do some work as an occupational therapist with autistic children, I did extensive research into feral children in order to better understand the developing mind whose debilitating difficulty was the inability to connect with fellow humans. Of course, the work Jean Itard did with the famous "Victor," the "Wild Boy of Aveyron" is usually the first stop on such a journey (although I was first taken in by the heartbreaking true story of "Genie," a young girl who spent 13 years in almost utter isolation). Boyle's account is slightly fictionalized, by necessity, for his rendering, but his research into the case is apparent, and while fine details are painted in, the story itself holds to the truth. I highly recommend this historical tale for anyone interested in feral children--or just a very well written story! (It appeals to the literature lover in me just as much as the psychology buff.) Recommended supplemental reading for those interesting would include Michael Newton's wonderful book on feral children Savage Girls And Wild Boys, not to mention Lucien Malson's The Problem Of Feral Children, and, of course, Itard's own meticulously-kept diaries during the time of his work with Victor. (It must be noted that Itard's work influenced Seguin, and both were later a heavy influence on the renowned educator Marie Montessori.) It could even be said that Itard, though he saw his own work with Victor as less than successful, might well be seen as the first special education teacher.) Also of note is the Truffaut film The Wild Child (also about Victor), Susan Curtiss' fine book on Genie and Wasserman's fictional treatment of the strange case of Kasper Hauser.

Interesting enough but nothing special.

This selection from T.C. Boyle was just a retelling of the boy raised by wolves story. It kept my interest but was not outstanding. I expected more from him. Three stars.

Interesting. Sad. I will remember this story but doubt I will ever re-read it. Not the author's fault by any means just a story that won't easily be forgotten. The author did a really good job with the narration.