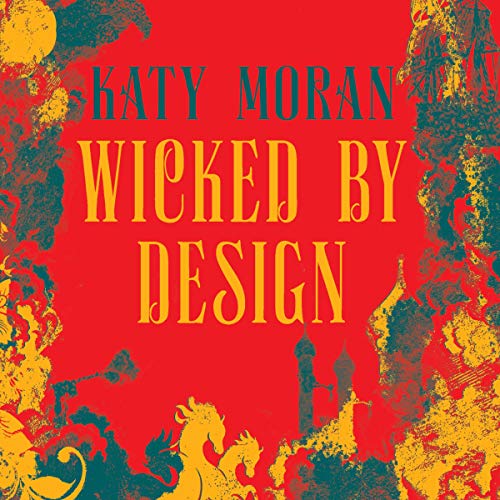 By: Katy Moran
Narrated by: Emma Spurgin-Hussey
Try for $0.00

1819. Jack 'Crow' Crowlas, the charismatic and troubled hero of K.J. Whittaker's first novel, False Lights, has married his feisty love, Hester, and, with their baby daughter, settled down to enjoy their new life as Lord and Lady Lamorna of Nansmornow in Cornwall.

But for Crow, trouble is never far away, and as Cornwall seethes with rebellion, he is arrested for treason. Spared execution on condition that he undertakes a highly dubious mission to St Petersburg, he finds himself tangled in a snare of treachery and illicit passion, violence and sexual deceit, where not only his love for Hester but also his relationship with his only brother, serving with the British army in Russia, will be tested to the limit and beyond.

What listeners say about Wicked by Design

...binge-worthy sequel to the first novel, and just as engaging. Historical fiction meets alternate history in Cornwall and Russia in this perfectly balanced tale of intrigue and romance. Beautifully written and superbly narrated by the incredibly talented Emma Spurgin-Hussey. I’m hoping this isn’t the end of Crow and Hester and would love to see this made into a television series. Poldark fans will fall head over heels for the hair-raising, twisty-turny adventures of the tumultuous Lord and Lady Lamorna and an intriguing cast of heroes and villains.