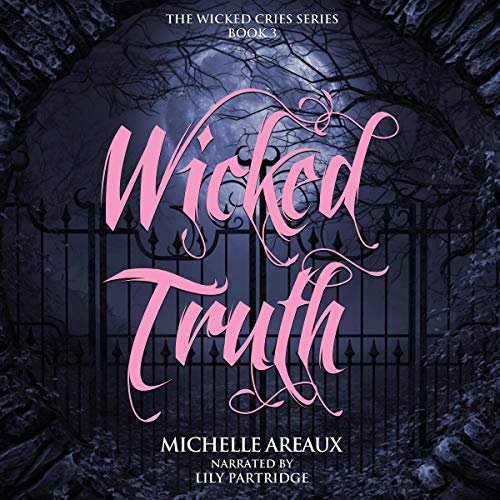 Death seems to follow 17-year-old Sadie Sanders everywhere she goes - literally. As a mediator to the dead, she must constantly face fighting demons and the occasional angry dead girl. After a dangerous and almost deadly first year in Salem, Sadie's parents decided to send her away for the summer to visit her Aunt Morgan in the small town of Nicholasville, Kentucky.

After uncovering a murder hidden for centuries, she embarked on a deadly mission to solve the crime while trying to enjoy her summer vacation. Now back in Salem, Sadie has found another hidden secret in the wicked town. Secret underground tunnels are hidden under the streets of Salem, beckoning to those with wicked souls.

When Sadie encounters a ghost named Laura roaming the streets of Salem, she and her friends Noah and Lucy must uncover the clues leading to Laura's death, which is made even more complicated by the fact that Laura has no memory about her life or death. To make matters worse, Sadie must also track down the person who has been sending her threatening messages in an effort to stop her mission for justice.

In Wicked Truths, the third instalment of the Wicked Cries series, Sadie learns that some secrets are meant to stay dead, for the truth, once it has been uncovered, may be wickeder than she could have ever imagined.

What listeners say about Wicked Truths (The Wicked Cries Series)

Another great adventure for Sadie's trio

Another paranormal and supernatural adventure for Sadie Sanders, her boyfriend Noah, and her best friend Lucy. I just love this series. It's full of so much suspense and mystery. I feel like I know these characters. In this book they are onto another mystery helping a new ghost find out the truth while also discovering some town secrets. The ghost in this story is Laura. She is confused about being a ghost and has no idea how she died. The trio help the ghost find out the mystery of her death. I love the historical fiction thrown in. This made this read that much more fun. Of course there is always a dangerous adventure around the corner for the Sadie and her friends. Some secrets people want to keep buried. I was pulled in from the start until the end. I love this series because it keeps me on the edge of my seat. This is a must read for mystery fans, especially of the supernatural kind. Lily Patridge is the perfect voice for Sadie. She has that youth to her voice and it really is how I would think Sadie's voice sounds.