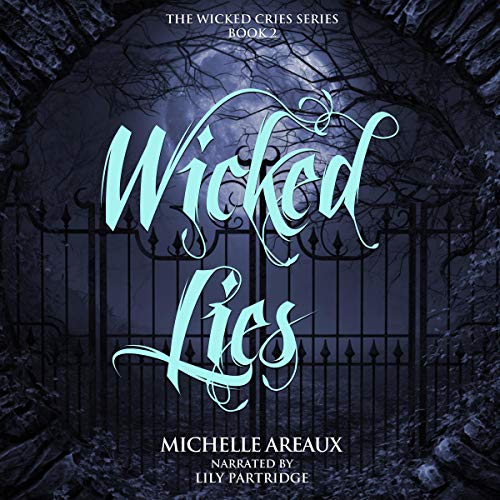 Sadie Sanders believed her life couldn't get any worse when her parents moved her from sunny California to gloomy Salem, Massachusetts. Of course, Sadie was wrong - dead wrong. After a dangerous and almost deadly first year in Salem, Sadie's parents decide to send her away for the summer to visit her Aunt Morgan in the small town of Nicholasville, Kentucky.

Seeking normalcy from her twisted life as a messenger for the dead, Sadie hopes her stay in the small Kentucky town will be the break she needs from her paranormal obligations, and a way for her to escape the demons that haunt her. Unfortunately for Sadie, the dead don't take a break, not even for summer vacation. Soon after arriving in Nicholasville, Sadie discovers a murder that's been haunting the town for centuries.

Refusing to ignore the injustice she uncovers, Sadie sets off on another wild adventure. In Wicked Lies, Book Two of the Wicked Cries series, Sadie's quest for justice just may be the thing that finally ends her career as a messenger to the dead, and her life.

What listeners say about Wicked Lies

dangerous mystery to keep you guessing

I was so excited to dive into this book and this book did not disappoint. This is book two in The Wicked Cries series about Sadie, a teenage girl who can see and talk to the dead. They come to her for help with their unfinished business and she helps them so they can cross over. After her last dangerous adventure she starts to think life is finally calming down. That is until her parents send her to her Aunt Morgan's farm on summer vacation. Even in Kentucky she can't get away from the dead. With help from her boyfriend Noah and her best friend Lucy she is on another adventure. Except this adventure isn't like the others and she is in real deadly danger. This book had me on the edge of my seat the whole time. I couldn't listen fast enough. This narrator did a good job of keeping the listener engaged. This author knows how to create a great young adult suspense mystery. Just when you think you have it figured out get ready for a twist that you didn't see coming. I love Sadie and her friends. I can't wait to continue on their adventures.