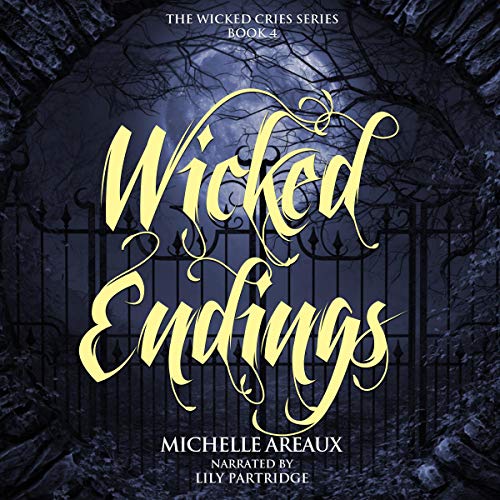 What happens when the past refuses to stay in the past?

As a mediator to the dead, Sadie must constantly face fighting those that refuse to let go and the occasional angry dead girl. After a dangerous and almost deadly first year in Salem, Sadie's parents decided to send her away for the summer to visit her Aunt Morgan in the small town of Nicholasville, Kentucky.

After uncovering a murder hidden for centuries, she embarked on a deadly mission that led to several other exciting and almost deadly adventures. Now, as Sadie finally feels at home with her role as mediator and friendships with Noah and Lucy, a twist brings everything crashing down. Uncovering a mystery that has plagued the residents of Roanoke for centuries, Sadie takes on a job she may not even be able to solve.

In Wicked Endings, the fourth installment of the Wicked Cries series, Sadie must fight the biggest battle and mystery she has ever encountered. And what makes it worse, she has to fight alone.

What listeners say about Wicked Endings