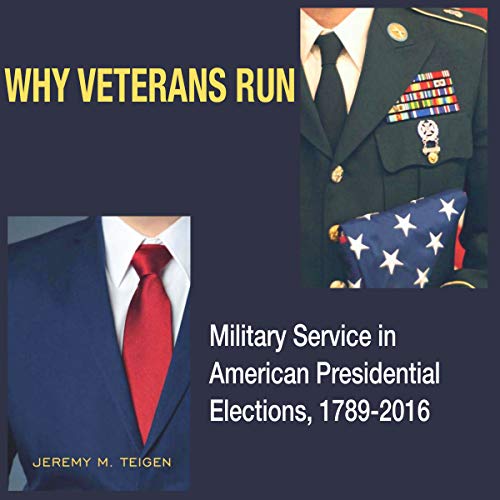 In Why Veterans Run, Jeremy Teigen explains the tendency of parties to elevate those with armed forces experience to run for high office. He describes the veteran candidate phenomenon by examining the related factors and patterns, showing why different eras have more former generals running and why the number of veterans in election cycles varies. With both quantitative and qualitative analysis, Why Veterans Run investigates each postwar era in US electoral history and elaborates why so many veterans run for office. Teigen also reveals how election outcomes with veteran candidates illuminate the relationship between the military and civilian spheres as well as the preferences of the American electorate.

"An empirically rich and theoretically grounded contribution...an important study of a question as old as the Federalist Papers and as fresh as the next election." (Peter Feaver, author of Armed Servants: Agency, Oversight, and Civil-Military Relations)

"A timely survey of veterans running for political office in America, starting with the first vet, George Washington." (Karl Rove)

What listeners say about Why Veterans Run