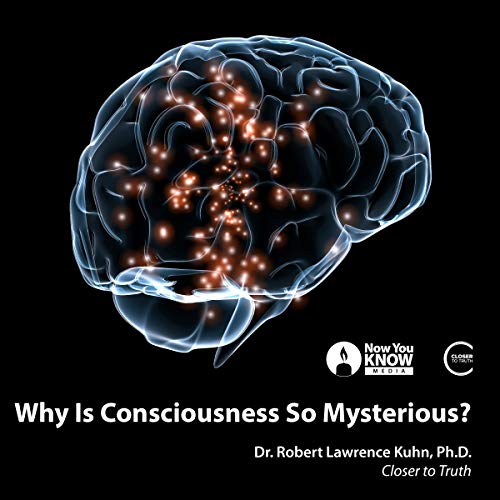 Why Is Consciousness so Mysterious?

Why Is Consciousness so Mysterious?

How do the microscopic particles that make up our brains cause us to experience the tranquil beauty of a setting sun, the haunting strains of Mozart’s "Requiem", or the flush of romantic love?

How, in short, can consciousness be explained?

In this collection of three episodes, your host, Dr. Robert Lawrence Kuhn, interviews 18 guest experts about the nuts and bolts of consciousness as well its illusory aspects. Holding a doctorate in Anatomy/Brain Research from UCLA, Dr. Kuhn engages with his experts on a sophisticated plane without alienating you, his audience of restless souls and inquisitive minds with feet in the real world. Each episode is crafted as a series of one-on-one interviews that respond to the title question about consciousness. The sheer scope of experts that Dr. Kuhn invites to the conversation about consciousness is staggering. Their star power is another matter altogether.

In these three episodes, you’ll hear from pioneers in multiple fields, including Jaron Lanier, the computer scientist who popularized the term “virtual reality” (or, “VR”); David John Chalmers, whose 1996 book, The Conscious Mind, is widely considered an essential work on consciousness and the mind-body problem; the late Marvin Lee Minsky (1927-2016), who co-founded MIT’s AI laboratory; and Galen Strawson, the British analytic philosopher and longtime consultant editor for The Times Literary Supplement.

Note: This audio series is brought to you by Now You Know Media, leading producer of lecture programs by top university professors. It was originally produced by Closer to Truth - the television series created, written, and hosted by Dr. Robert Lawrence Kuhn and co-created, produced, and directed by Peter Getzels. Closer to Truth invites the world’s foremost scientists, philosophers, and creative thinkers to debate the deepest questions facing humanity: questions of consciousness, the cosmos, and meaning.