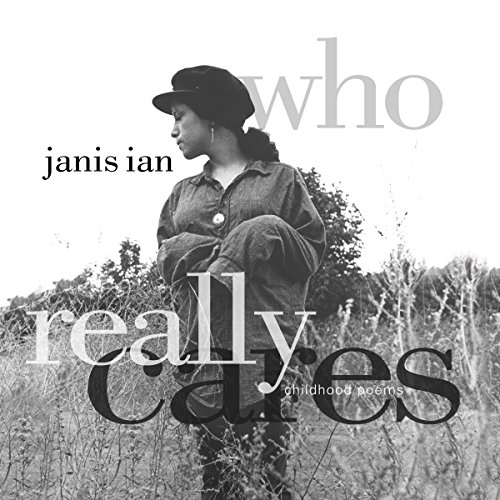 Who Really Cares: Childhood Poems, by Grammy Award-winning singer and songwriter Janis Ian, includes all poetry from earlier print editions of this early proof of what was to come from one of America's most talented songwriters as well as additional poems rejected by the original publisher as being too "controversial"; a new forward and afterword; and more.

Though Ian is a prolific composer and world-famous for her music and performances, this is the musician's only book of poetry. It was first published in 1969 and has become a collector's item in print. Janis Ian wrote almost all of the poems during her teen years, a time when she was first thrust into the national and international spotlight as a songwriter and voice of her generation.

Janis Ian began her career as a singer-songwriter in the 1960s with "Society's Child". In 1975 she won her first Grammy Award for the self-penned song "At Seventeen". Since then she has had number-one hits all over the world, sold more than 10 million albums, and had her songs recorded by such diverse artists as Bette Midler, Roberta Flack, and John Mellencamp. She shows no signs of slowing down, recently beginning yet another career as an audiobook narrator (which earned her a ninth nomination and second Grammy in 2013 for Society's Child: My Autobiography).

I could listen to Janis Ian read the phone book

I really loved it. I can't believe what a brilliant kid Janis was and what an amazing vocabulary she possessed . I wonder if your parents wherever afraid of her genius. well at least stunned. she cracked me up with her scathing humor. it was interesting to enter the mind of a genius see what goes on in there
most important I really enjoyed the fact that Janis talked about the sixties. What it was like back then and what it is like now
it made me remember how we felt back then. All full of Hope and wonder