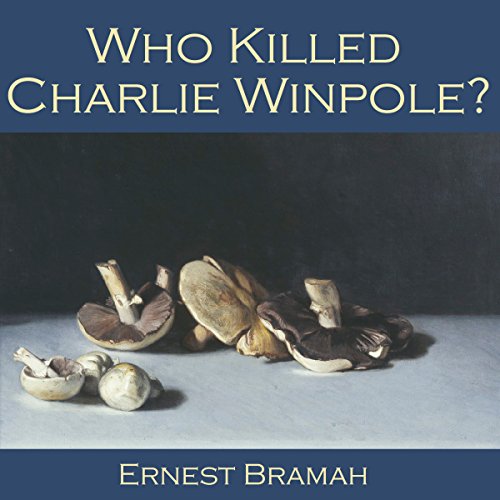 Ernest Bramah (1868-1942) was an English author of 21 novels and numerous short stories and features. His humorous works have been ranked with Jerome K. Jerome and W. W. Jacobs, his detective stories with Conan Doyle, his politico-science fiction with H. G. Wells, and his supernatural stories with Algernon Blackwood.

In his stories of detection, Bramah hit on the idea of a blind detective, Max Carrados, whose triumphs are all the more amazing because of his disability.

In Who Killed Charlie Winpole?, Max Carrados investigates what initially appears to be a tragic case of a teenage boy who is accidentally poisoned by a toxic toadstool mistaken for an edible mushroom. Within a few days, the boy's uncle has been arrested and charged with murder. But Carrados is not satisfied by this explanation either and embarks on a highly irregular kind of investigation.