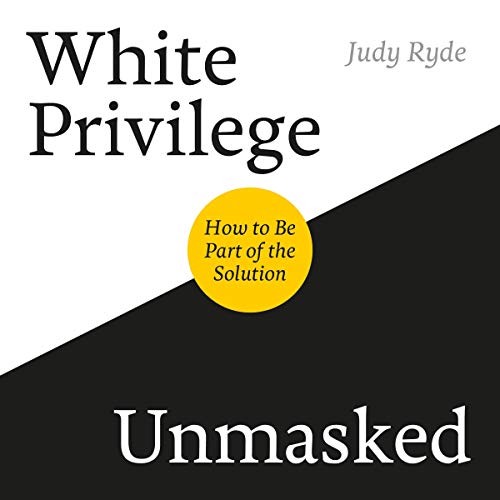 How to Be Part of the Solution
By: Judy Ryde
Narrated by: Fenella Fudge
Length: 6 hrs and 56 mins
Categories: Nonfiction, Social Sciences

A primer on understanding white privilege, with strategies for breaking down race barriers in professional organisations.

All white people understand cultural differences from a platform of relative privilege, affecting their personal and professional interactions. How should they respond when confronted with this knowledge? This introductory book looks at the concept of whiteness and shows how individuals can 'unmask' their own whiteness and take meaningful steps to break down unconscious bias and structural racism.

Exploring how colonial history resulted in white privilege, this book examines how that privilege manifests today in a culturally diverse world, and the links between the rise in far-right politics and anti-immigration rhetoric that led to Brexit and Donald Trump's election.

It looks at the pressures on privilege and white populations, with candid reflections on how even well-meaning white people may project unconscious bias in their everyday lives. There are also dedicated chapters on training to raise awareness of white privilege in professional organisations.