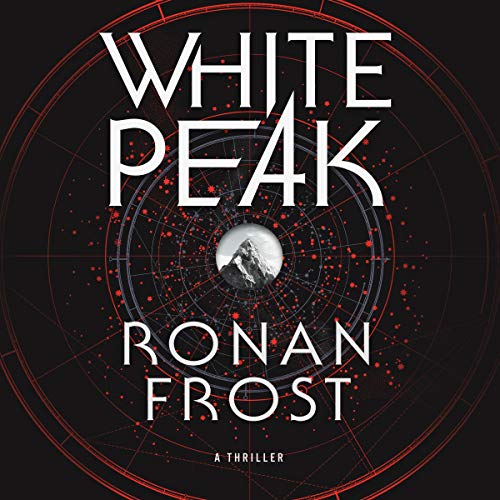 By: Ronan Frost
Narrated by: William Dufris
Try for $0.00

Greg Rask, a dying tech billionaire, has invested millions chasing miracle cures. None of them are worth a damn, but he refuses to give up. Now, he’s gathering a team willing to go to the ends of the earth chasing life.

Each of Rask's crew has beaten incredible odds to rise from the ashes of their old lives to where they are now. Together, their next task is to retrieve a painting that is believed to hide a map which, if genuine, marks it as a treasure of the Ahnenerbe, the occult wing of the SS, who had devoted dozens of expeditions in search of the three cintamani stones for their combined properties, and the lost city where they were rumored to lay hidden: Shambhala. But a mystical brotherhood sworn to protect the secrets of the ancients - the same secrets that allow its members to defy death - will stop at nothing to ensure that Rask’s crew fail.

In an adrenalin-pumping quest through some of the most savage terrains known to man, the crew will be pushed to the limits of endurance and beyond.

What listeners say about White Peak

This is a fast paced action thriller of a novel with an interesting and a well balanced cast of characters. Their quest takes you around the globe. Each location and adventure is wonderfully described and detailed without bogging down the story. Lots of twists and turns I didn’t expect especially the last one.

What a Thrill Ride!

I loved this book! This is the first book by Ronan Frost, but I hope it's not the last! I would love to read more stories with this crew as they search out the great mysteries of this world and defy death at every turn.

The book grabs you from the very first sentences and doesn't let go until the very end. It reminded me a lot of characters and stories similar to Indiana Jones, Tomb Raider, Mission Impossible, and The A Team. The action slows in spots, but revs back up quickly the next moment. Settle in for the ride of your life.

The characters in this book are great. Rye McKenna suffers one of the biggest heartaches imaginable to open the story. Then enters Greg Rask and his A Team. He needs Rye's particular skills to look for a cure for his dying body and the answer may just lie in the mystical world that the SS branch of the Nazis were chasing. This book is one big mystery that Rye and his team are trying to unravel to give Greg a chance at a longer life. I really like the path Rye is on throughout this book as he struggles to answer the ultimate question, is he worthy of a second chance?

Ronan Frost did a fantastic job with this story and I sure hope there are more coming involving Rye and this team. The characters were great and the way Ronan mixes the mystical mysteries with more grounded science was awesome to see unfold. If you enjoy thriller adventures, get this book. I was blown away by it and couldn't way to finish it. It's a longer read, but I was definitely a little sad for the adventure to end.

I received a copy of this book in exchange for an honest review. My thoughts and my words are my own.