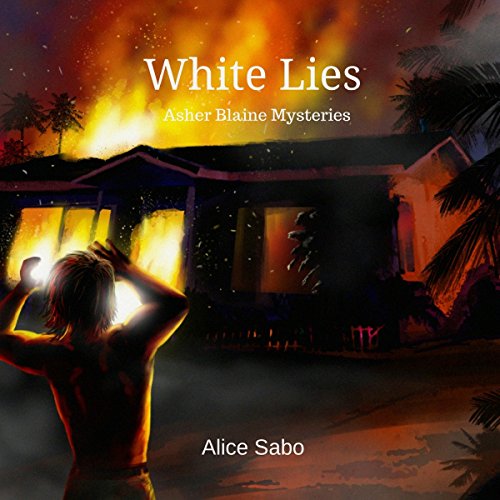 By: Alice Sabo
Narrated by: Scott David Reeves
Try for $0.00

Asher Blaine was an actor with significant star power before destroying his career with drugs. After years of cycling through rehab and relapse, he finally had his epiphany and chose sobriety.

While carefully piecing together the ravaged scraps of his life in a quiet suburb of LA, he is arrested for murder. The victim, his ex-business manager, was shot with a re-fitted prop gun from one of his movies. A coincidence proves his innocence, but subsequent violence casts doubts. Asher realizes he must mend all his burnt bridges a lot sooner than he'd planned. A series of calamities raises the stakes, and he uncovers a stunning lie from his past. When he turns to the people he trusted most, he discovers he must convince them not only of his sobriety, but of his innocence.

What listeners say about White Lies

An interesting suspense with twists and turns

I really enjoyed this story. It kept me guessing all the way to the end. The narrator had a pleasant voice, however, he had a limited number of character voices.

White Lies is a thoughtfully written book about a burned-out actor accused of the murders of his close aquaintances seemingly happening all around him. Author Alice Sabo writes main character Asher Blsine colorfully so that we can better visualize him. Unfortunately, it was hard to mix a literary style with a mystery.

I would have liked this book better if it were a descriptive story with a more simple mystery line and if the characters weren't so descriptively stereotyped.

What aspect of Scott David Reeves’s performance would you have changed?

While narrator Reeve's voice is silky smooth, it was monotone at times and didn't change enough for all the characters.

This book was a noble first try for Alice Sabo. I think her writing style would be perfect for novellas.