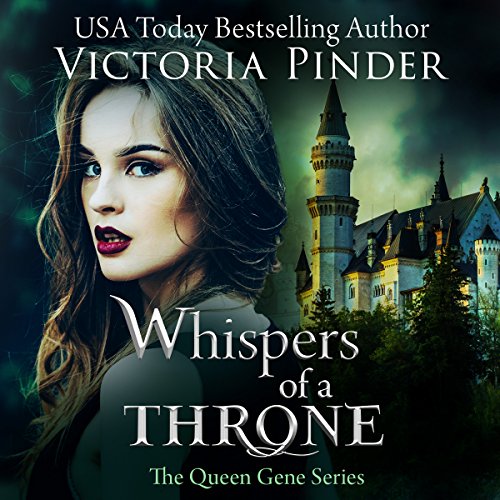 Whispers of a Throne

By: Victoria Pinder
Narrated by: Dollcie Webb
Try for $0.00

Shortly before his demise, Gwen's father makes a declaration that radically alters the course of her life. Born with the queen gene, she's destined to marry a king, but when she's sold to King Thor, her destiny feels more like a curse.

Thor marches in and takes control of every aspect of her life. As war wages around them, she's forced to choose sides, but her decision does not come without consequences.

A young girl has been kidnapped. Gwen makes it her mission to rescue her and ultimately rescue herself from the ravages of a life she never asked for. As Thor fights to defeat his enemies, she tests him further. Surrounded by danger, embroiled in controversy, and desperate to save those they've vowed to help, Thor and Gwen will face the unthinkable. Will they survive their battles together or will the looming threats tear them further apart?

What listeners say about Whispers of a Throne

I loved all of the classic elements of King Arthur told from a fresh perspective.