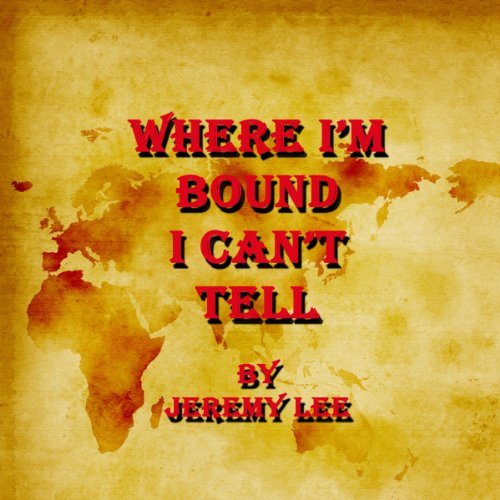 Where I'm Bound I Can't Tell

Where I'm Bound I Can't Tell

By: Jeremy Lee
Narrated by: Jerry Witkop
Free with a 30-day trial

In a century that set out to tame, civilize, and revolutionize the world, Teddy always managed to stay a step ahead and find the last wild places. Where I'm Bound I Can't Tell opens with a troubled kid in the nineties named Lee smart-mouthing his way through community service, yet meeting one old man will forever change his life. Born in 1900, Teddy could never stand still, running away to join the French Foreign Legion as a boy he never returns to the states until the 1980's.

Along the way he crosses deserts, explores the Amazon, bears witness to Gandhi's movement, sails oceans, hunts with Zulu, and becomes an aid worker in Africa. While Lee struggles to grow up and learn what kind of man he is going to be, Teddy teaches him about the infinite possibilities and devastating tragedies of life.

Most of the book is a journey through The Great War and the last gasping era of exploration through the 1930's, ranging from the trenches to the deserts of the Middle East and on into Africa and then the South American jungles. Then Teddy plunges into the nightmare wrought by the Nazis and World War II, and from there he journeys the world once more, attempting to heal and find his place in a world slowly but surely passing him by.

What listeners say about Where I'm Bound I Can't Tell