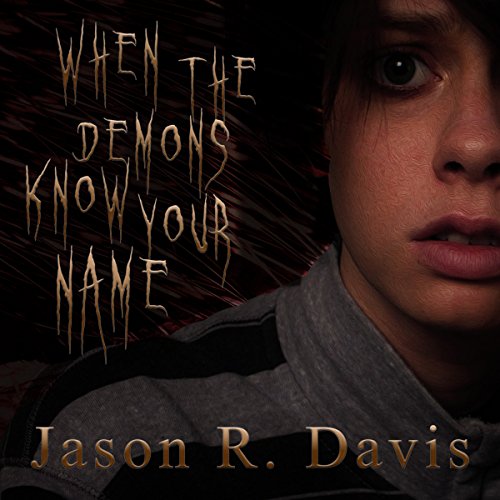 When the Demons Know Your Name

By: Jason Davis
Narrated by: Rick Gregory
Try for $0.00

Jason can't sleep. Every night, the monster in his closet wants to eat him, but he is always rescued by his parents. However, his parents are getting annoyed with the late-night wake-up calls to come to his aid. When his father learns that the monster that is coming for him is one from his father's own horror films, he decides to take Jason to the studio to face his fear.

What listeners say about When the Demons Know Your Name

Monster in the closet!

Jason can't sleep. Every night he wakes screaming because the monster in his closet wants to eat him. Jason's dad makes horror movies and Jason tells him it's the monster from his movie. Tired of always waking up to his screams, his dad decides to take Jason to the movie set to see that it's not real. But sometimes it's wise to listen to your child because they could right!!

This was a super short story but was well written enough that it felt fleshed out. I didn't feel like I was missing anything, which is often the case with short stories. If at any stage you ever felt like there was a monster in your closet, then you might just enjoy this ;)

Rick Gregory read this really well. His tones and cadences were great and really made the story pop. He is definitely progressing as a narrator.

I was given this free audiobook at my request and have voluntarily left this review. This in no way affected nor influenced my thoughts.

Excellent short horror story! If you were ever scared of the monster in your closet as a kid, you'll love this short story. Sometimes the monsters are real! Great narration by Rick Gregory!

Jason is scared of the monster in his closet, a monster that looks like the beast in his father’s movies. But what if monsters were real?

I loved loved this short story. It’s beautifully written and the child's point of view is very well done. I could almost see this story translated to the big screen and made into a good movie. The fear, the characters, and the plot felt like the classics. A must read for fans and not fans of the genre.

A hidden gem that I recommend to everyone.

This was a great story

If you could sum up When the Demons Know Your Name in three words, what would they be?

What was one of the most memorable moments of When the Demons Know Your Name?

When the kid sees the monster costume for the first time.

The kid telling his dad about the monster in the closest.

I was given a copy of this book in exchange for an honest review.

When the demons know your name

A boy is sure the monsters are real.His dad,a monster movie maker takes him to work hoping to show him how wrong he is.It doesn't go well.Rick Gregory does a nice jon=b narrating.“I was voluntarily provided this free review copy audiobook by the author, narrator, or publisher.”

I loved this short story. Makes you want to believe the kids when they say there is a monster in the closet or under the bed. When costumes come alive. Great story.
I received this free for an honest review from the author or narrator.

I received this audio book for free in exchange for my honest review. This is a well written short story that is well worth the listen.