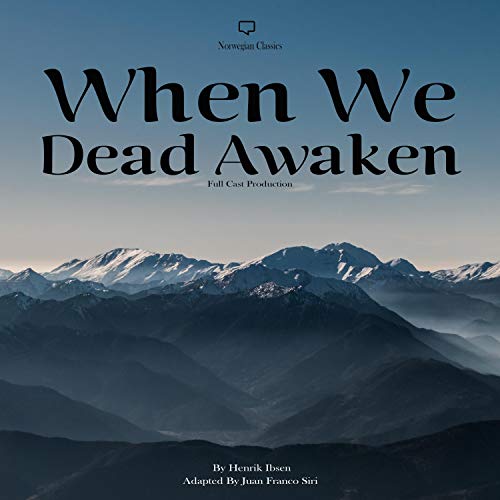 An audiobook adaptation of Iben's classic, When We Dead Awaken. First published in 1899 it is a despairing and dream-like play rich in symbolism. This was also Ibsen's final play written at the time of his return to Norway after an extended absence a theme which is also reflected in the plot and it is interesting to speculate how much of Ibsen is contained in the lead character, the sculptor, Rubek, including Ibsen's own relationship with his masterpiece, A Doll's House.

It is a relatively underperformed work compared to Ibsen's more well-known classics, though this lack of stage-time appears unwarranted. The play tells of a famous sculptor, his wife, and his muse, and offers an apparently bleak interpretation on aspects of life and death. Rich in metaphor this is a theatrical audio-production by a full cast.

It is adapted for audio by Argentine playwright Juan Franco Siri. The play is in some ways evocative of Brand and The Master Builder, and is believed to be inspired by Auguste Rodin's relationship with his student Camille Claudet. This version also includes introductory and concluding comments by Siri. This is an important piece of classic Ibsen theater.

What listeners say about When We Dead Awaken: Full Cast Production