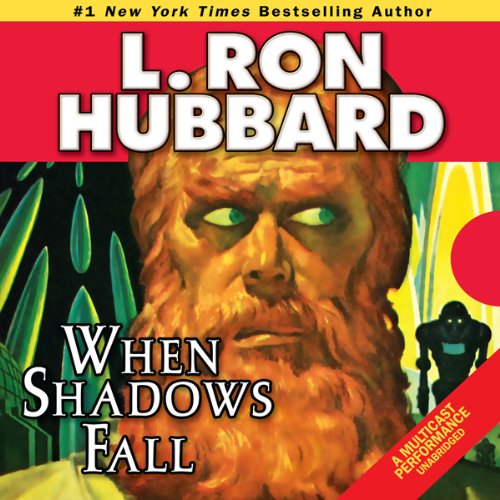 In a future where Mother Earth has cast her children to the distant starts to begin anew and colonize the cosmos, the planet remains depleted of natural resources. Its air polluted by caustic iron and belching smoke, Earth faces her last desperate days in the grip of global environmental collapse.

In one final and feeble effort, Earth’s Grand President Mankin musters the dregs of his fleet and sends three separate missions to the deepest reaches of space. Their mission: solicit help from far-flung colonial civilizations, or watch the planet die.

Also includes the science fiction adventures, “Battling Bolto”, the story of a giant, con man who’s running an interstellar scam, while the biggest trick of all lies right under his nose; and “Tough Old Man”, in which an aging constable’s lack of feelings is not a matter of insensitivity, but of a secret- and surprising - side of his character.

All systems are go, as the audio version of When Shadows Fall takes us on a flight into the future, where the fate of Earth rests in one man’s hands and heart.

What listeners say about When Shadows Fall

What do we do when global warmer has gone too far?

This set of stories is one of my favorites from the Golden Age of Science Fiction.