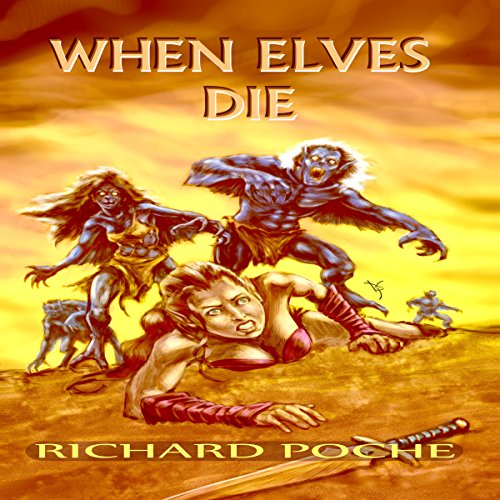 By: Richard Poche
Narrated by: Matt Weight
Try for $0.00

"Every single elf will disappear from the face of the earth."

Princess Carella reads this prophecy in the book of Arcanscape and knows that the dark queen will stop at nothing to make it come true. Carella travels with a group of missionaries across the land to offer her gift of healing and recruit other elven tribes to help join the war against the dark queen.

When Carella and her missionary group go missing, the village cleric, Ricmorn, hires an old barbarian named Kelroar to find them. But the dark queen has her own barbarian in the form of Tholan the Feared. Younger and quicker, Tholan readies to take the mantle from Kelroar as the fiercest fighter in the land.

Marshaling her forces of Killtooths, a breed of vampire elves, the dark queen begins her siege on Carella's village as the two meet head on in a collision between darkness and light.

What listeners say about When Elves Die