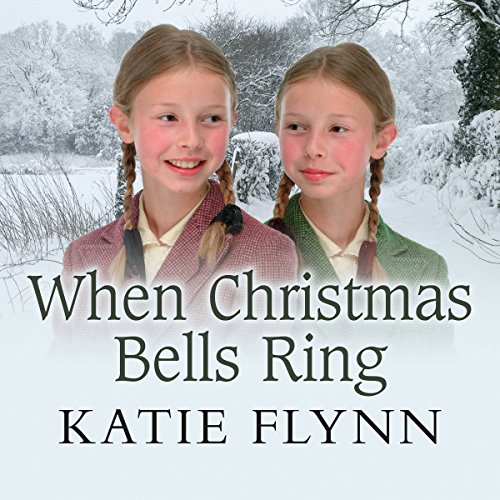 Liverpool, 1938. It’s Christmas in the Courts, and single mother Rosheen Clarke and her mischievous twin daughters, April and May, have no idea of the cataclysmic events which will soon overtake them.

When war is declared, April and May are evacuated to the countryside, and Rosheen joins the WAAF, where she befriends fellow Liverpudlian Cassie Valentine. While Rosheen worries about what trouble the twins will cause next, Cassie is fighting her love for her childhood friend, Andy. Because ever since he joined the RAF, he has become arrogant and remote. Will their love be another casualty of war?

Cassie and Rosheen support each other as best they can, but it will be many years before the Christmas bells ring out again.

I like period pieces set before the war, and the writing on this story starts off pretty well. But the two main characters the twins are really selfish little girls. It is hard to care at all about their antics because their behavior is pretty bad and they care about no one but themselves.

If that was not bad enough, the author switches POV between these two children, and several other groups of characters.

I got bored because at the very least I wanted to listen to the story about the girls. Instead I head-hopped into the heads of Irish grooms living in Ireland, two strange girls they meet on the street, the friend of the girls mother. Whomever. It was distracting.

With audiobooks it is hard to skip ahead and follow when stories diverge into different POV's.

I don't recommend it unless you don't mind spoiled children and stories told with lots of different characters randomly opining about what is going on.

A nice read if a little abridged in places

I have listened to many Katie flynns and love the narrator Anne Dover.
although this one did flow I didn't enjoy it as much as others. sometimes the story jumped forward in time sometimes just after a big thing occurred or sometimes over a few years. So it felt almost like an abridged version at times, because parts of the story I would've liked to have had more detail on were just not there or only briefly referred to. This is strange for a Katie Flynn as normally she stays with characters.

I didn't feel as connected to the characters because the story was split over two groups whereas her stories usually centre on just one. Having said this there was still enough for me to want to stay with it to the end.

A very good listen. The narration of this book added to the pleasure. I look forward to another Katie Flynn book.