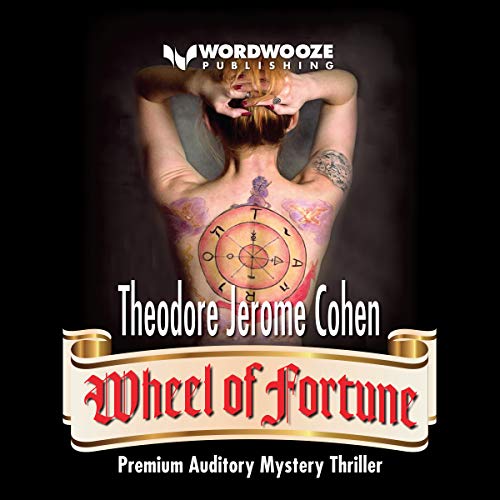 By: Theodore Jerome Cohen
Narrated by: Gregg Rizzo
Free with a 30-day trial

Even as a child, Katlyn Lundquist was drop-dead gorgeous. She also was willful. In her teens, perhaps out of spite, she created her own name and persona. As she grew up, she readily accepted money and gifts from her parents but thumbed her nose at society, in general, and her parent's way of life, in particular. A seeming infatuation with Tommie Lupinacci, head of a major crime-infested cartage association based in Brooklyn, led her to move east with the mobster. But when she showed up dead with a bullet in the back of her head, NYPD Detectives Louis Martelli and Sean O'Keeffe were stumped.

If this were a mob hit, why dump her body in plain sight? Moreover, who was she and what was the motive for killing her? The investigation leads to the area around Lundquist's hometown in Eastern Pennsylvania and to the mob's efforts to take over the trash hauling and recycling business in Lancaster and York, PA. It's only after Martelli brings IT Specialist Missy Dugan into the case that he and O'Keeffe are able to unravel the mystery.

What listeners say about Wheel of Fortune

Undercover as Trash and Recycling Workers, FBI Special Agents Save the Day

This book reads like an NCIS episode, which helps make it easy to visualize what the characters must be like. Without giving too much away so as to spoil the book, just let me say a few things. Martelli had been in Baghdad during the April 2003 invasion and had lost his left leg attempting to save the pilot and co-pilot. He never talks about it, and it never slows down his work as a detective. Even when he has to work as an undercover trash and recycling truck driver, or when under fire in serious crime scenes.

People regret getting tattoos, but the tattoo in this book is very large and unique. Readers learn about different styles or schools of tattoo art, and how where a tattoo might have been done. Finding the artist for a tattoo is part of the trail of clues in this suspenseful mystery. What an amazing tattoo!

This particular mystery has a joint FBI-NYPD sting operation which is complex and has many surprising turns of events. Detectives call home and check in with their families which adds drama to think of the danger they are facing.

Two special FBI agents posing as insurance agents representing US Trash and Recycling’s interests examine of a rental vehicle in an impound lot. More clues are revealed. Paint scrapings samples are sent to the FBI’s forensic laboratory which reveals more information helpful in solving the case.

This is one of the few books I’ve read which had actual Molotov cocktails.

Humor is sprinkled throughout this otherwise tense thriller, such as a story about someone’s pants on fire, and when the flames were extinguished . . . he was left without pants. Part of the shared history of the detectives.

Two of the Special Agents were called to Washington, DC to receive the FBI’s Medal for Meritorious Achievement, at the end of the story. You know all ends (mostly) well!

If you enjoy police procedurals and Mafia, you will probably enjoy this book.

Lou Martelli is a NYPD Detective who served in Iraq, losing his leg in the process. This does not stop him from becoming a great cop. His partner, Sean O'Keefe, is what you would expect from an Irish cop. When a beautiful young woman's body is discovered with a bullet to the brain, the pair first have to identify her. The most obvious clue they find is an intricate design of the Wheel of Fortune tarot card tattooed on her back.

It is soon discovered that she is going by the name of Nicole Davis, but there is more to her than meets the eye. She has been linked to Tommie Lupinacci, the head of a local mob. Her real name is Katlyn Lundquist and she hails from Lancaster PA. Soon, Martelli and O'Keefe are working with the FBI to take down Lupinacci's takeover of the trash hauling business in Lancaster.

The book isn't bad or poorly written, just nothing exceptional. Mostly, it reads like any other book of this genre. The characters are stereotypes of their jobs and names, the action is predictable and the ending seems a little forced after the huge buildup of the book. Several things that were mentioned and featured in the book were never explained to my satisfaction and left me wondering what their significance might have been.

The narrator does a pretty good job, but once again, his voices are so stereotyped that it was a little off-putting. Also, the sound quality wasn't that great and I found myself having to strain to hear some of the narration. I was given a copy of this audiobook by the publisher and chose to review it.

Loved this book from start to finish great storyline
I was given this free review copy audiobook at my request and have voluntarily left this review.