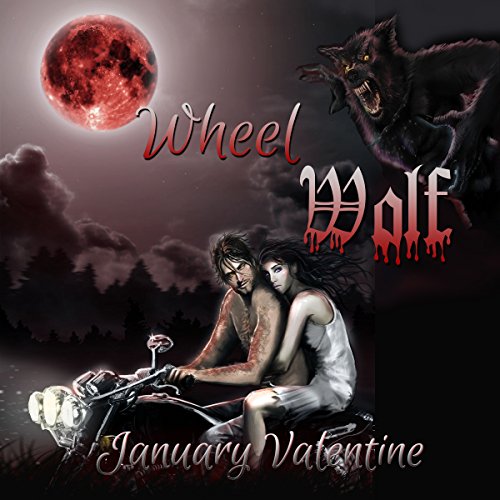 Jack Bailey is just a few weeks away from beginning his dream career as Forest Ranger in the upstate New York town of Angel's Bend. Jenny Rudea, veterinarian in training, is madly in love with Jack, and the animals she cares for.

On the way home from her house one night, Jack takes an unanticipated detour to Hosner Lake. While there, he encounters something that raises the hair on the back of his neck. What is out there, on the other side of the lake? Is it a shadow, a hunter, a wolf? Without a weapon or a flashlight, he is not about to stick around to find out.

He hops on his bike and heads for the main road where something leaps onto his back, causing the accident that steals his mobility, threatens his sanity. As if this isn't bad enough, when he wakes up in the hospital, paralyzed from the waist down, he has no idea what occurred on the lonely road, but is now a prime suspect in a murder investigation because of what was found almost pinned to his body: a naked girl whose throat has been slit.

In his comatose state, Jack hears detectives interview Jenny at his bedside. He eventually regains consciousness and is transferred to a rehab where he hopes to recover the use of his legs. The police are searching for a serial killer, mutilated bodies have been piling up across the country, as well as in Angel's Bend. While Jack struggles with his physical injuries, he must also defend his innocence.

Jack manages to slip in and out of the window of his room mysteriously, at will, even though he's in a wheelchair. The only one who notices his disappearing acts is his physical therapist, Rachel Huntress, who is almost as weird as the predicament Jack has found himself in; Jack's extraordinary abilities and hairy appearance don't seem to faze her at all.

There are tense scenes which include violence and raw emotion in this werewolf whodunit. Who is the murderous werewolf? Jack? Or could it be his high school rival, Detective Don Delgado.

Would you consider the audio edition of Wheel Wolf to be better than the print version?

I really enjoyed the audiobook over the print book. I just enjoy listening since I have more time to do that then sit an read

What other book might you compare Wheel Wolf to and why?

I cant think of any other book to compare this to...

LOL I have to say after Jack's first feed an he brushes his teeth an spit out a chunk of cow hide....gross but way kewl at the same time

Oh yea...but I if I tell you then it will be a huge spoiler for those that haven't read it...I think the readers will know what I mean when they get to that part

Overall this was a really enjoyable audiobook....Loved who dunnit an mystery along with some horror an even a giggle or two

At first I was not sure if I would enjoy this story. Then I was caught up in the hunt for a serial killer. Jack is a good man who experiences some very bad things but accepts the unknown as he experiences it. I know the description is "horror", but I found it very enjoyable and not at all scary. The end of the story was a bit happy/sad for me and I thought it wrapped up the story nicely.

I received this audiobook as a gift, and this is my unsolicited review.

Where does Wheel Wolf rank among all the audiobooks you’ve listened to so far?

It was good. I liked the story. The length was good and the story kept my interest. In some spots it seemed a little predictable.

Yes, it had some confusing and predictable parts but there was great action and some really relatable characters.

I liked Jenny the girlfriend of the main character. She seemed the most relatable to me and i liked her strength, love, and courage

Yes, if i had the time all in one sitting, i would've. I just really wanted to find out where it was going and what happened next.