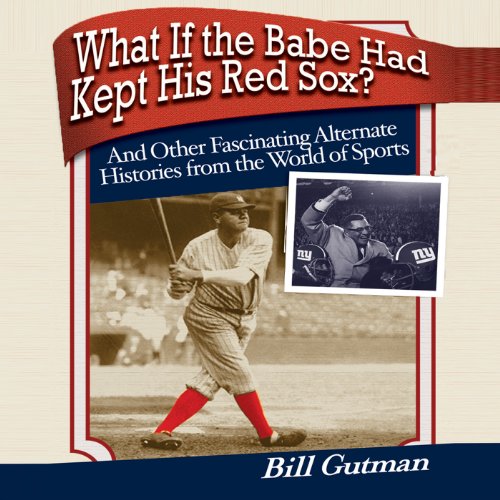 What If the Babe Had Kept His Red Sox?

And Other Fascinating Alternate Histories from the World of Sports
By: Bill Gutman
Narrated by: Pete Larkin
Length: 9 hrs and 8 mins
Categories: Sports & Outdoors, Baseball & Softball
3.5 out of 5 stars 3.5 (6 ratings)

What If the Babe Had Kept His Red Sox?

What if Babe Ruth had not been sold to the Yankees in 1920 and instead played his entire career in Boston? What if Muhammad Ali had lost or quit in his first fight against Sonny Liston? What if the Brooklyn Dodgers and New York Giants had never moved to the West Coast? What if Vince Lombardi had become head coach of his hometown Giants instead of heading to Green Bay? How would sports history, and our perception of it, be different today? These are some of the questions asked and answered in this entertaining book of alternate history, the first book of its kind in the field of sports. It is sure to appeal to every thoughtful sports fan.