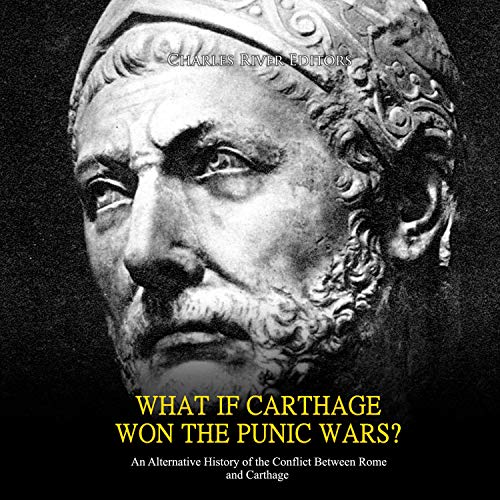 What If Carthage Won the Punic Wars?

Rome and Carthage rarely could maintain peace after the end of the fourth century BCE. As the two most powerful civilizations in the western Mediterranean region, they were destined to clash, curse or not.

Roman historians placed the foundation of Carthage at approximately 814 BCE, several decades before Rome. The settlers of Carthage were of Phoenician descent, tracing their ancestry back to the great city of Tyre on the southern coast of Lebanon, but Carthage soon transformed from a minor Phoenician colony into the capital of its own growing civilization.

The city itself was well positioned for shipping, and it soon dominated maritime trade. Along with that, the Carthaginians built a powerful and well-trained navy, whose protection, combined with its strategic location, made the city of Carthage a formidable prospect to attack. At its height, Carthage housed several hundred thousand inhabitants, living under a republican governmental system operated by the Carthaginian Senate. As Carthage grew, it began to expand, conquering by sea and establishing new colonies to improve trade networks. One of the Carthaginians’ key objectives was Sicily.

Certain foreign policy decisions led to continuing enmity between Carthage and the burgeoning power of Rome, and what followed was a series of wars which turned from a battle for Mediterranean hegemony into an all-out struggle for survival. Although the Romans gained the upper hand in the wake of the First Punic War, Hannibal brought the Romans to their knees for over a decade during the Second Punic War. While military historians are still amazed that he was able to maintain his army in Italy near Rome for nearly 15 years, scholars are still puzzled over some of his decisions, including why he never attempted to march on Rome in the first place.

After the serious threat Hannibal posed during the Second Punic War, the Romans didn’t wait much longer to take the fight to the Carthaginians in the Third Punic War, which ended with Roman legions smashing Carthage to rubble. As legend has it, the Romans literally salted the ground upon which Carthage stood to ensure its destruction, once and for all.

Despite having a major influence on the Mediterranean for nearly five centuries, little evidence of Carthage’s past might survives. The city itself was reduced to nothing by the Romans, who sought to erase all physical evidence of its existence, and though its ruins have been excavated, they have not provided anywhere near the wealth of archaeological items or evidence as ancient locations like Rome, Athens, Syracuse, or even Troy. Today, Carthage is a largely unremarkable suburb of the city of Tunis, and though there are some impressive ancient monuments there for tourists to explore, the large majority of these are the result of later Roman settlement.

The Punic Wars spanned more than a century, brought the loss of approximately 400,000 lives, and eventually led to the utter defeat and destruction of Carthage, but it was no easy victory for Rome, and on several occasions, the young Roman Republic was close to annihilation. Given what happened in the wake of the Punic Wars, historians have long been left to ponder what might have happened had the Carthaginians won, especially given how close Hannibal came to accomplishing such a victory against Rome during the Second Punic War.

What If Carthage Won the Punic Wars?: An Alternative History of the Conflict Between Rome and Carthage profiles the conflict and examines how events may have gone quite differently for Europe if Rome had been defeated.

What listeners say about What If Carthage Won the Punic Wars?

I wanted a book that speculated about what the world would be like if Carthage had won the Punic Wars. Instead I got a half assed regurgitation of the Punic wars and a few half assed speculations in the final chapter. I could get better at alternatehistory.com.

Don't waste your money on this.