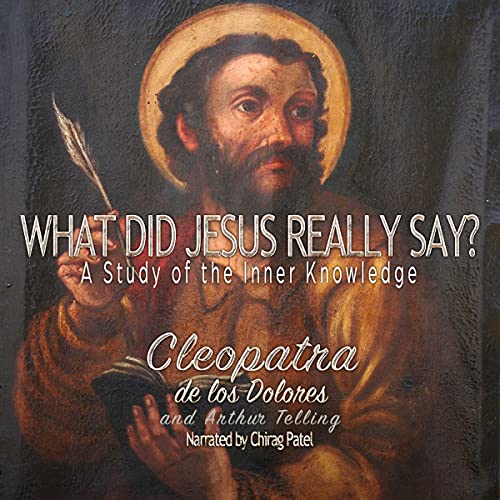 What Did Jesus Really Say?

In the first century AD a religion was born: Christianity, with Jesus Christ, head of the Church.

Little evidence survives regarding the critical formative years, all from secondhand sources and mostly one man, Paul of Tarsus, who never physically walked with Jesus. The living narrative of Jesus’ life is in question. More in question is the message he gave.

Historians are divided as to what Jesus said and did, and today, many doubt the accuracy of the New Testament canon that Christians take as scripture. A wide divergence grows with coming of the modern age. Historians and scholars grotesquely disagree, a few believing Jesus never existed and to the other extreme of every word of the Bible being God’s inerrant word.

What Did Jesus Really Say? authoritatively answers these formerly unanswerable questions. Jesus taught of an inner world, and this very inner world can be tapped today for answering what the written record cannot reveal. Trusted inner sources are the key and were tapped for this book. The “Introduction” reveals the errors that changed the Jesus narrative and message. For example, the canon reads that Jesus and John the Baptist who came before him were executed by the authorities, Jesus by crucifixion and John by beheading. Yet they were not - the stories are myth. And John, very much alive when historians believe he was dead, was a central author of the New Testament canon, writing the five books and epistles bearing his name. Historians believe Paul wrote anywhere from six to 13 of the 14 books believed penned by him. Revealed here, Paul wrote or dictated all 14 of the 14 books.

It is a short listen packed with informative material that will forever change present-day understanding of life and death and the beyond in all disciplines of modern thought, and bring clear resolution to the Jesus story.

What listeners say about What Did Jesus Really Say?