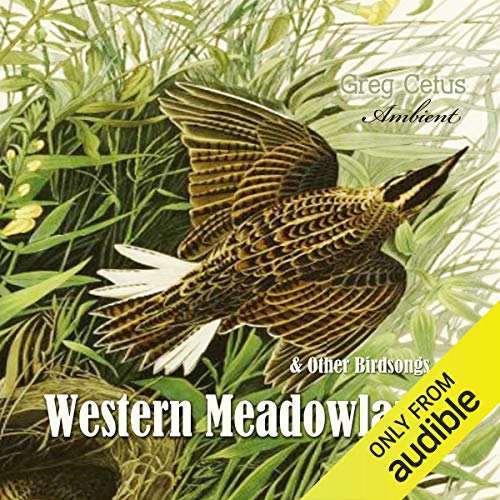 Western Meadowlark and Other Bird Songs

By: Greg Cetus
Narrated by: Meadowlark Western
Try for $0.00

The Western Meadowlark can be found in grasslands, prairies, pastures, and abandoned fields, all of which may be found across western and central North America, as far south as northern Mexico. Similar to the Eastern Meadowlark in appearance, this bird is recognised by its very different song and call-notes.

This ambient soundscape offers the Western Meadowlark's birdsong recorded in its natural habitat together with other birds, insects and other ground creatures.

What listeners say about Western Meadowlark and Other Bird Songs