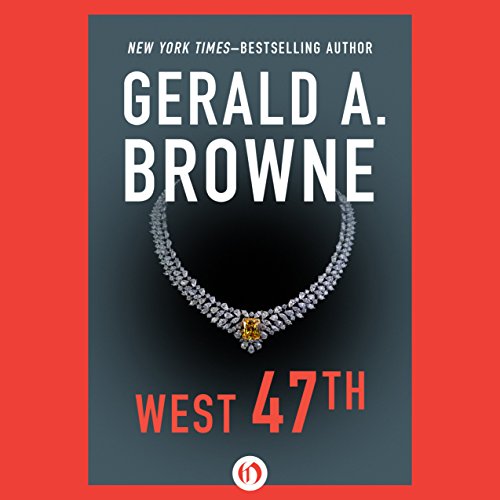 By: Gerald A. Browne
Narrated by: Matthew Boston
Try for $0.00

A woman steps out of a limousine on the Upper East Side, her jewels glittering brightly, and the doorman looks her over. A few phone calls later, the heist is planned. Thieves descend on the woman's home, planning to swipe the jewels and depart silently. Instead the robbery turns violent. Mitch Laughton doesn't intend to solve a murder case, but he will find the stolen jewels. A professional investigator of stolen gems, he is hired by the victims' insurance company to recover the $6 million haul. But in pursuing the missing swag, Mitch learns about a pair of emeralds worth far more - enough to turn thieves into killers. Now not only will he have to face down dangerous informants, he will have to tangle with a gang of murderous thugs and two very different but vicious mobsters.

What listeners say about West 47th