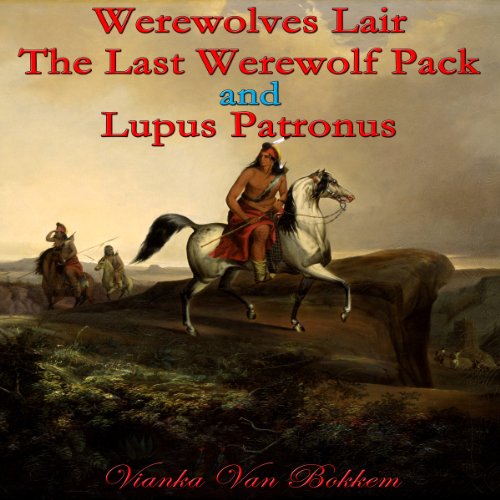 Eighteen-year old Lexie Woods was sent in a cruise to Bahamas to celebrate her brother's 25th birthday. The cruise ship wrecked and went underwater fast; separating Lexie and her brother Billy forever. Lexie found herself inside one of the three life boats that were tied together. The twenty four survivors were taken to the shores of a beautiful island, and they all felt lucky to have found such paradise. To their horror, they soon learned it was a “Werewolf Island” and the fight for survival began! Will Lexie fall in love with dazzling and intelligent archaeology student, and fellow human survivor Walter? Or will she fall in love with Kassius? The good-looking alpha male werewolf?

During the course of my story, my life will be threatened by an obsessive alpha male werewolf. The surprising arrival of werewolf twin brothers, Kennan and Hendrix; will teach me that true love does exist. The pack and a few vampire friends will fight together to accomplish a common objective called, revenge. Several groups of people used to talk about "The End of the World" most famously known as the Apocalypse. In the course of time, the world didn't end. Humans, vampires, and werewolves were not decimated by sophisticated weapons that blew up everything in their path. The ones who decimated us were the hundreds of scientists around the world who spread lethal viruses they kept inside incubators for further study. My name is Julissa, and I am a Romanian alpha female from The Last Werewolf Pack.

I was found by a river one full moon night inside a wooden basket when I was two months old. According to the old couple who found me; I was wearing a leather necklace with a large 'wolf's tooth' attached to it. The name Amelia was engraved in it. I am seventeen-years old and a horrible curse will manifest on my 18th birthday. Without knowing; I am part of a werewolves and vampires prophecy. A good-looking werewolf named Alek will win my love. Unfortunately, my love for him will be tested by his dark side.

What listeners say about Werewolves Lair, The Last Werewolf Pack and Lupus Patronus