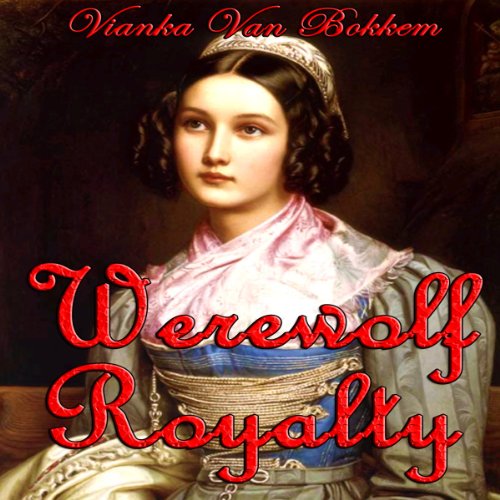 By: Vianka Van Bokkem
Narrated by: Shelley Avellino
Try for $0.00

When I was 18-years-old my father, King Andrew Reginald of Scotland; my 16-year-old sister, Princess Stephanie Christine; and I, Princess Aleida Eleonora, were travelling from Melrose to Edinburgh.

Our carriage was pulled by six horses from the royal stable; eight soldiers were riding in front and eight behind it. Night arrived, and a beautiful full moon appeared in the sky.

While my father and sister were sleeping, I moved the red curtains from the window. All of a sudden I thought I saw a group of large creatures running among the trees on the left side of the road.

My window got foggy and when I was cleaning it, the carriage tumbled a few times. When it finally landed I heard multiple shots, horrifying screams, and loud wolf-like howling.

What listeners say about Werewolf Royalty