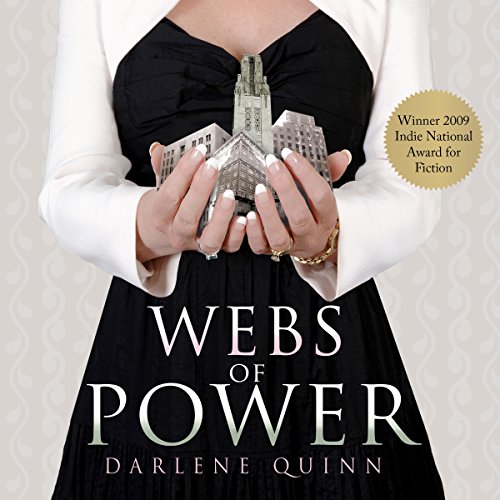 Webs of Power is a raw, unsentimental portrayal of greed, manipulation, and relationships set in the excessive, insatiable retail industry of the 1980s.

When a hostile takeover of the retail giant Consolidated is announced, the lives of three determined women, each linked to the corporate upheaval, are unexpectedly thrown off course: Paige Toddman's marriage to Consolidated's West Coast Division CEO is threatened when she decides to step out of her fast-paced lifestyle to raise the unwanted child she is carrying - a choice driven by her secret past. The fabric of Ashleigh McDowell's life begins to fray when her fiancé, the president of Consolidated's West Coast Division, moves away and her father figure faces a lawsuit that could wipe out his controlling shares of the company s stock. Vain and power hungry, Viviana De Mornay will stop at nothing to become the wife of the man leading the takeover.

Webs of Power is a thrilling real-world drama with dynamic characters who find the courage to drastically reshape their lives in the face of crises and the twists of fate.