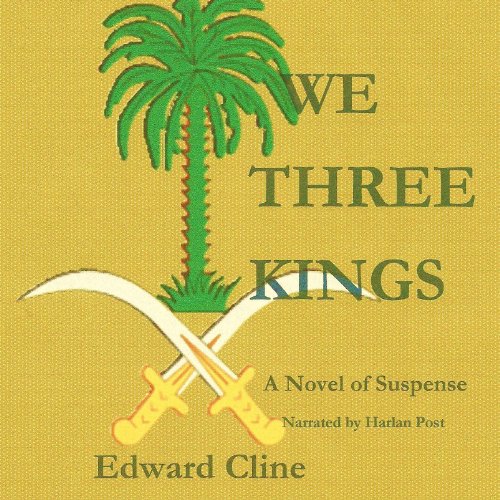 By: Edward Cline
Narrated by: Harlan Post
Free with a 30-day trial

The chief villain of We Three Kings is representative of the most bizarre and anachronistic sadist at large in 1980, when I finished this novel, and in 2010: a royal Saudi sheik. The heroes who refuse to submit to his will - neither pragmatically, nor politically, nor in terms of Islam (which means "submission") - are Merritt Fury, an American entrepreneur, and a New York City police detective. The enablers who sic the Saudi mujahideen on them are the amoral, pragmatic denizens of the State Department.

We Three Kings is about how a single man, moved by the moral principle that one's life and property are one's own, can foil the faceless enablers and defeat a vicious conspiracy to deny him his property and his life. At issue is the possession of a rare gold coin, a British £5 Queen Una, given to Fury by a man whose life he saved. That man, Stephen Crenshaw, is subsequently murdered by Sheik Quamisi's thugs. Fury is then pressured by the State Department to let Quamisi have the coin. Fury refuses to surrender it. He knows that to surrender it, will also mean his own death. The sheik, for his part, wishes to exact vengeance on Fury for having killed his nephew when Fury foils a robbery being committed by the nephew. Fury's only ally in this conflict is police lieutenant Wade Lambert, who is also targeted for punishment by the sheik and by his own department for wanting to pursue the case.

What listeners say about We Three Kings