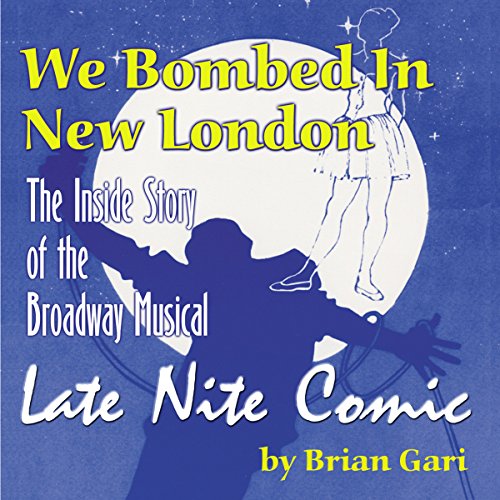 We Bombed in New London

We Bombed in New London tells the true story of one man's tenacious plight to get his musical mounted. From its romantic inception to its eventual demise and then the score's resurrection in cabarets and recordings, this book takes you on a journey through the ups and downs of the theatrical world with all its excitement, disappointment, laughter and hope.

This book documents composer/lyricist Brian Gari's minute by minute development of his musical. Fortunately, he saved every scrap of paper, tape and calendar to account accurately for why and when certain steps were taken that eventually led to the sad dissolution of this promising musical.

Brian Gari began his songwriting career at age 12 with his first song published at 15 and recorded at 17. He signed with Vanguard Records in 1975 and has recorded eight solo CDs to date. In 1987 his first musical, Late Nite Comic, arrived on Broadway. With over 800 songs to date, he is currently at work on his next musical, which is about his legendary grandfather, Eddie Cantor. This is his first book.

What listeners say about We Bombed in New London