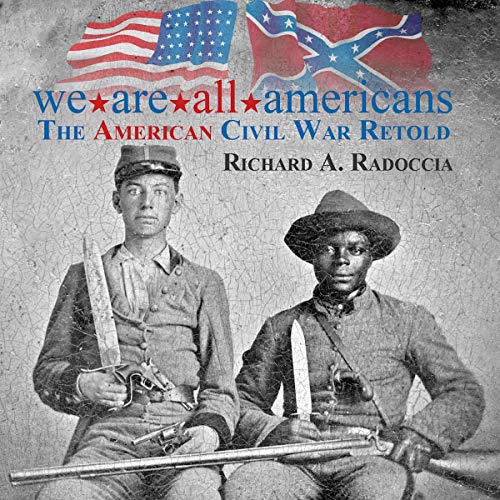 We Are All Americans

Join the journey into one of the most captivating and seminal events in all of American history.

The United States in 1865 was a dramatically different country from the one that went to the polls in 1860. It and the world were transformed by the Civil War - a political struggle between sections of the country for a Union without slavery or slavery without a Union.

We Are All Americans is the story of how the United States was transformed through the words of the three most central figures of the time - Jefferson Davis, Frederick Douglass, and Abraham Lincoln - and narrated by three reporters in a contemporary newsroom setting, who describe the events as they unfolded, in time-linear fashion.

What listeners say about We Are All Americans